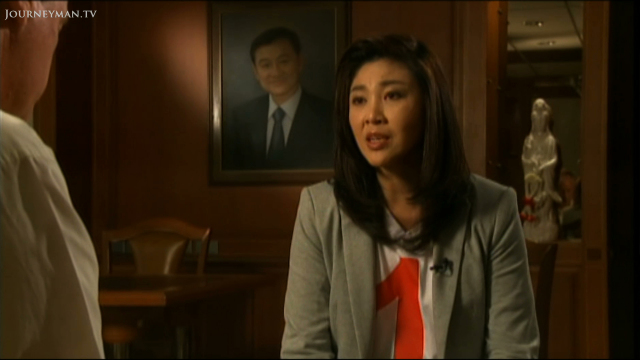 The Thai Election Commission has voted unanimously to endorse the election to parliament of Yingluck Shinawatra. Filmed during her election campaign, this report takes a look at this controversial figure and her policies.

Yingluck has been keen to embrace the legacy of her brother, the exiled former Prime Minister Thaksin Shinawatra. She claims that her election slogan, "Thaksin thinks and Yingluck acts", means that she will pursue her brother's policies, but "my own way". Like her brother, she is popular among Thailand's poorest, promising pensions, a rice mortgage system and credit cards for farmers. There is, however, a darker politics at play. Yingluck will not condemn the pro-Thaksin militias who took to the streets when her brother was overthrown, and current PM Abhisit Vejjajiva fears that her party, "will be thinking about amnesty, a white washing" for renegades.If the election commission endorses her victory on Tuesday she'll make history by becoming the country's first ever female Prime Minister. Yet whether her allegiance to her brother proves to be an asset or a liability remains to be seen.
FULL SYNOPSIS
TRANSCRIPT