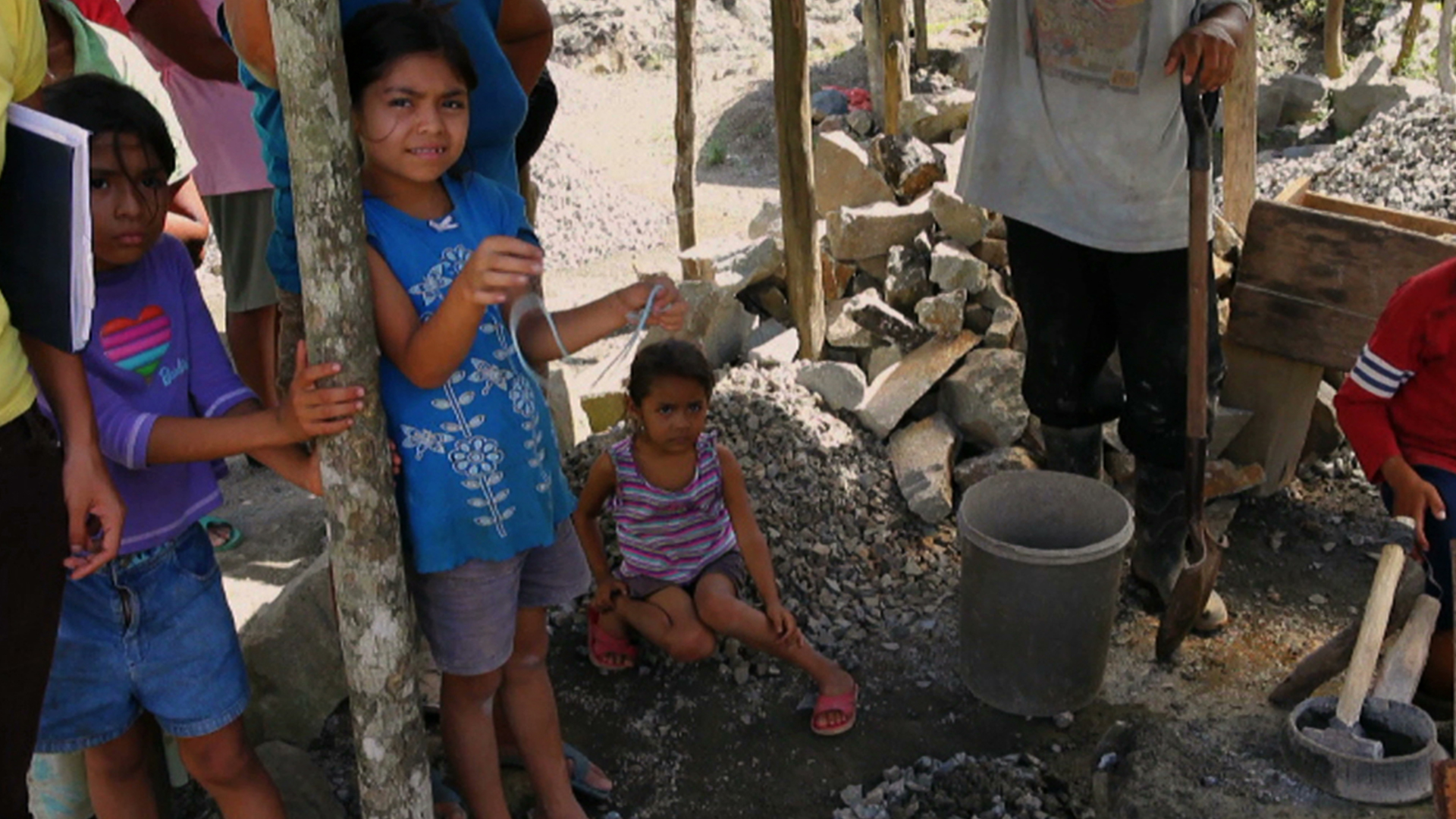 Nearly half of Nicaragua's population live below the poverty line. It means that working has become part of everyday life for hundreds of thousands of children, as their families struggle to make ends meet.

A group of children smash stones into small pieces, risking blindness as chips of rock fly into the air. Officially, child labour is illegal in Nicaragua and the cooperative leader in one quarry is quick to deny that any children are working there. "It is prohibited for children to work as stone cutters. It's much too risky. Children should go to school, not work." But Anibal, a ten-year-old labourer, tells a different story. He has already spent a year in hospital after he was injured working at the quarry. "A pile of dirt fell from up high. It fell on me and injured my leg." Despite the objections of the Sandinista government, being one of the poorest countries in Latin America leaves families with little choice. Diana Espinoza, the local representative from Save the Children admits it is a very difficult situation: "there's a whole market with child labour at several levels".
FULL SYNOPSIS
TRANSCRIPT