The Witches Of Gambaga

Living with the curse of superstition 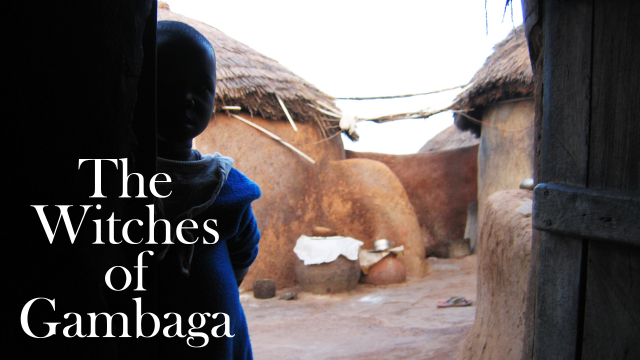 In Northern Ghana a woman's future can be determined by the way a chicken dies. Here it takes little more than an accusation and a dubious ceremony to establish that a woman is a witch. The result is devastating: they are expelled from their communities and with nowhere else to turn, must take refuge in the 'witches' camps'. Painful experience and insight come together to create an intimate record of the lives of women ostracized from their communities. Their incredible stories bring home the astonishing reality of modern day witches.

A woman draws back her headscarf to show us the scars of her beating. "How many people attacked you?" As she pulls up her skirt to reveal a pattern of lumps and weals on her skin, she replies, "six men". This woman is just one of thousands of so-called 'witches' living in camps. Many of them have been subjected to similar brutality; all of them have been become outcasts. "Nobody dies naturally: everybody was killed by somebody. There's always a spiritual cause." This is the local wisdom concerning death. The belief in witchcraft in Ghana runs deep and is embedded in the traditions of places like Gambaga. According to traditional belief in Ghana, both men and women practice magic. But while men use it for good, it is believed that women will use their magic for evil. Often when someone dies older, vulnerable women are accused of killing him or her with their dark magic. As a result women live under a cloud of suspicion and a solitary accusation can destroy their lives. "When it happened it was the boy's word against mine, but how could I deny it?" Ma Hawa, because of the accusation of her rival's son, was forced to come here to Gambaga to live as a witch. Accusations, dreams or mysterious deaths can bring disaster for an unfortunate woman. Women like Ma Hawa are grateful for camps like the one at Gambaga, which offers a refuge once they are forced from their homes. But life in the camp is hard. While it offers these women a place to turn to, they must work to pay off the chief who runs the camp. It is also a life removed from their family and anything they had in their previous life must be left behind. "All my property was either stolen or destroyed", says Asara. However, possibly the most distressing aspect is the stigma attached to being a witch. "There are some instances where they used to come and request them, and then kill them, because some don't want their mothers to be here; it's a disgrace to them", says Gladys Lariba, an aid worker who deals regularly with witches. Most of the women are desperate to leave the camp to be reunited with their children, but this stigmatisation often ensures they spend decades separated from their loved ones. Some women, like Ma Hawa and Agruba, manage to escape the hardships of the camp and return to normal life. For many, however, their life is lost to this superstition. Often pushed aside because they are unwanted, they endure a half-life stripped of their rights and their children, totally at the mercy of the camp chief controlling their lives. LEARN MORE.
WATCH MORE.
JOIN THE DISCUSSION. 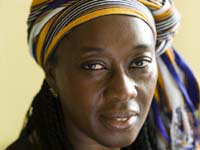 Yaba Badoe is a Ghanaian-British documentary filmmaker and writer. A graduate of Kings College Cambridge, she worked as a civil servant in Ghana before becoming a General Trainee with the BBC. She has taught in Spain and Jamaica and has worked as a producer and director making documentaries for the main terrestrial channels in Britain. Her short stories have been published in Critical Quarterly and in African Love Stories: an anthology edited by Ama Ata Aidoo.In 2009, her first novel, True Murder was published by Jonathan Cape. Her TV credits include: Black and White, a ground-breaking investigation into race and racism in Bristol, using hidden video cameras for BBC1; I Want Your Sex, for Channel 4 and a six-part series, VSO, for ITV. African Love Stories is now available in Swedish from Tranan publishers under the title Kärlek x 21. 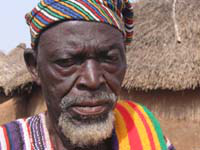 "Within 24 hours of meeting women condemned to live as 'witches' at Gambaga in March 1995, I knew that I had to make a documentary about their lives. The more I listened to their stories, the more determined I became to use film as a way to challenge beliefs that demonize women. Asana Mahama was tortured by her brother who threatened to pluck out her eyes if she didn't confess to witchcraft. Bintook Duut was on the run for her life for three months before she found refuge at the camp. Nobody knows the number of alleged witches who never find sanctuary, but I wanted Ghanaians and other Africans, to hear what has happened to women who have lived to tell their tales."
Yaba Badoe, director and co-producer