The Fall of Tripoli 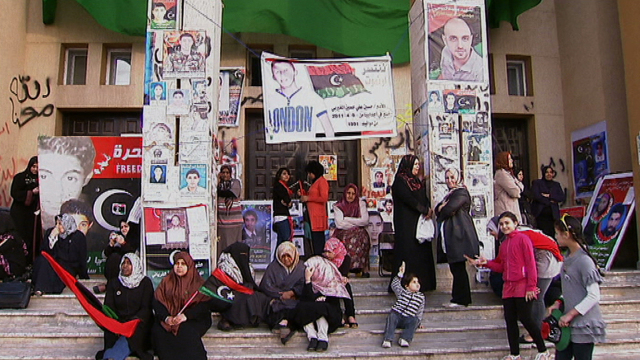 After five months of battle it seemed like the fight for Libya might never relent, but it's final conclusion swept in unexpectedly fast with Tripoli falling to the rebels in only two days. The historic occasion ushered in varied reactions across Libya.

To mark the occasion many of the rebel fighters hosted their celebrations in Gaddafi's residence, swimming in his pool and taking photos from his bedroom, and it was not just the Libyans who were jubilant. NATO also took pride in the role that their air strikes played in bringing the Gaddafi regime to it's knees. To his loyal supporters this reaction is premature and from his elusive location Gaddafi continues to rally his people, encouraging them to "eradicate the traitors and rats". For the rest of the nation the cause of celebration stretches further than simply the liberation from an oppressive dictator; this war brought pain and suffering to many: "rapes and killings did happen, none of what you heard was a lie".
FULL SYNOPSIS
TRANSCRIPT