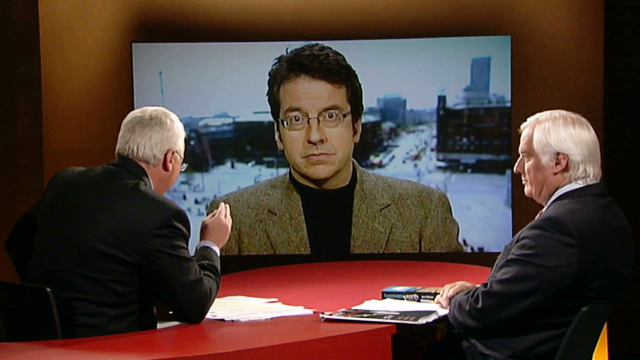 As the Copenhagen summit thrust global warming into the world spotlight, Britain's leading environmental commentator locked horns with one of the world's most high-profile sceptics.

"There's no point in denying it: we're losing," wrote George Monbiot in November 2009, noting that a sizeable chunk of the general public had stopped believing in man-made climate change. Only a few weeks later, the leaked emails among scientists at England's University of East Anglia added a major weapon to sceptics' arsenal. Amid this backdrop, Monbiot engaged in a furious debate with geologist and sceptic Ian Plimer, whose controversial book Heaven and Earth he had called 'a marvellous concatenation of gibberish'. Monbiot accuses Plimer of conspiracy theories and outright fabrication; Plimer questions Monbiot's credentials and calls global warming 'the biggest fraud in scientific history'. Tony Jones presents.
FULL SYNOPSIS
TRANSCRIPT