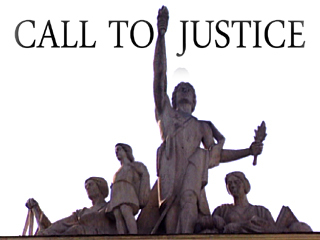 In Eastern Europe, countries such as Poland, Russia and Georgia are still emerging from a past of repression and intolerance. Two decades after the fall of the Berlin Wall, a new generation is determinedly paving the way for better human rights and democracy. This film is a vital account of their journey as they learn what it means to live in freedom, featuring groundbreaking cases from the European Court of Human Rights in three post-Soviet countries.

"What do I really want? To live my life the way I want to." Attempting to bridge the generation gap and overcome a past of mistrust and suspicion, young people across Eastern Europe are working within their societies to change attitudes and campaign for basic liberties: "Freedom and tolerance comes from society and this is what we have to learn; this is a process that can't be changed that easily." In 2007, the European Court of Human Rights ruled unanimously that banning gay pride parades in Poland was in violation of the Human Rights convention on the freedom of assembly and association. The ruling marked a significant step towards equality, not just for homosexuals but for all minorities. However, 89% of the Polish population still regard homosexuality as "unnatural" and attitudes towards public demonstrations remain hard to alter in a country where 75% are practising Catholics. "We would like to be a kind of international Santa Claus but we are not." The difficulties of ensuring individual liberty and human rights to every individual among its 47 member countries is one that the Council of Europe tackles daily. They understand that democracy cannot be imposed upon a country but must come from within. In Georgia, new cooperation programs are seeking to upgrade the professionalism of police officers and create a new generation of lawyers and judges to regain trust in the legal system after a history of secret detentions. "I don't identify with Cinderella; I want to be Prince Charming." Andrey Ivanov, from Russia, represents the new dynamic attitude developing among the younger generation. They believe in their own capacity to change the system: "I actually realize that there are no things that are just happening, we can influence almost everything," states Rafal Dembe. "Lots of opportunities are unfolding and this was not the case before. And that is what the young generation wants; opportunities." WATCH MORE.
JOIN THE DISCUSSION.
FULL SYNOPSIS