The Road To Tripoli 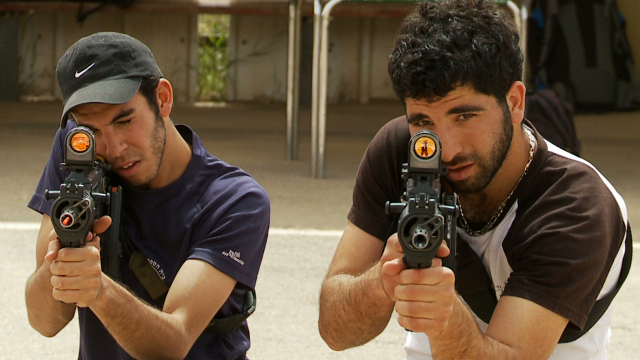 As the NTC besieges Sirte it appears to be the end for the pro-Gaddafi forces. Through the eyes of one fighter we look back at the push on Tripoli and see the hope for a new Libya that drives them on.

Three exiled Libyans, Muaz, Bassa and Tariq, are on their way home to Tripoli for the big push. A rebel flag flying out of their car. They look more like football fans than freedom fighters. "I just wanted to join the rebels and free my country", Muaz says. The battle is short but violent, the streets ringing with gunfire."I was willing to sacrifice everything for our new Libya", says Muaz in the aftermath. A touching insight into life inside Libya's chaos.
FULL SYNOPSIS
TRANSCRIPT