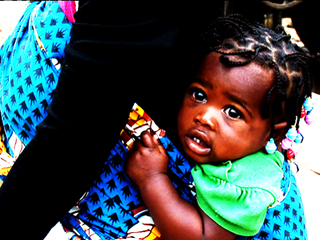 After being torn apart by civil war, the Chinese are now investing billions of dollars into Angola. But while its cities are being transformed, divisions are being created which are leaving Angolans far behind.

It's an uncertain time for the world's economies, but China seems to be going from strength to strength, investing billions of dollars into Africa. In Angola, in exchange for rebuilding the country's war-torn infrastructure, China is gaining access to oil and other natural resources. Rui Falcao, a government spokesman, insists Angola is doing well from Chinese investment. "The international community turned their back on us. The only country that came to help us at the time, to get the country going again, was China". Yet behind the gleaming tower blocks and shopping centres lies a growing Angolan underclass. "The government is not able to find jobs for Angolans. What's worse they give labouring jobs to Chinese, not Angolans", says Liusete Araujo, a presidential candidate. For some, the situation is becoming desperate. "I am disabled and here I am with no wages, nothing. I fought to free our country and now I'm suffering." Remarkably, with a predicted growth of 8% this year, Angola is on course to become one of the world's top economic performers. The question is, at what cost?
FULL SYNOPSIS
TRANSCRIPT