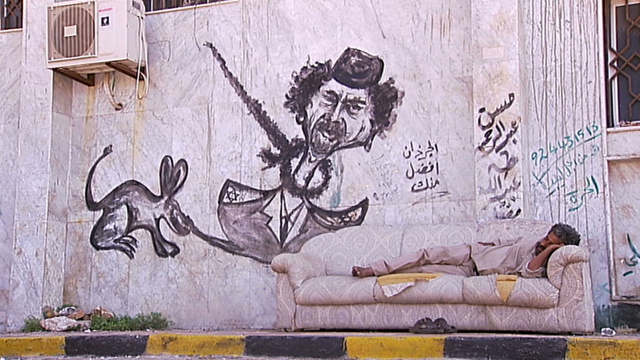 With Libya finally liberated from Gaddafi, exiled figures like Mansour el Kikhia are now free to come home. But with a transitional government taking its first tentative steps, the road ahead will not be easy.

Libyan opposition figure Mansour el Kikhia has been living in exile in the United States for more than three decades. "I never thought I would see the country again. It was a dream that has come true for me." As Mansour campaigned against the dictatorial rule of Gaddafi from afar, he was forced to watch as his relatives and friends were arrested, tortured and killed. His family home was seized and turned into a museum and Libya became a giant prison for anyone even suspected of disloyalty. He is now free to return but warns that after decades of repressive one-man rule, the way ahead will not be simple. "Because Libya had very weak institutions, Mr Gaddafi was able to take over very quickly. We have to work very hard to prevent being hijacked by fundamentalists or by radicals."
FULL SYNOPSIS
TRANSCRIPT