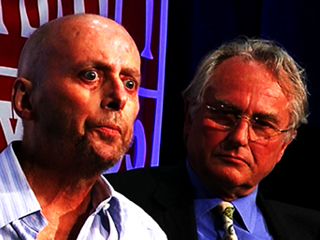 For decades America's evangelical Christians have been vigorously promoting their faith, enjoying a place in the mainstream of politics and society. But now the country's atheists are fighting back.

"If Jesus wasn't the son of God, he was a hideous wicked imposter whose words were vain and empty", says the star of the annual Texas Freethought Convention, Christopher Hitchens. This is daring talk in the Christian heartland of Texas. Nick Lee, President of the US Atheist Alliance argues that, "there should be no religious test for the holder of public office", and that law and God should be kept strictly separate in the conservative state. The movement has shocked with slogans like, 'atheism cures religious terrorism', but they're rapidly gaining support."There is no reason to follow the rigid guidelines Christianity has dumped on us", says one follower.
FULL SYNOPSIS
TRANSCRIPT