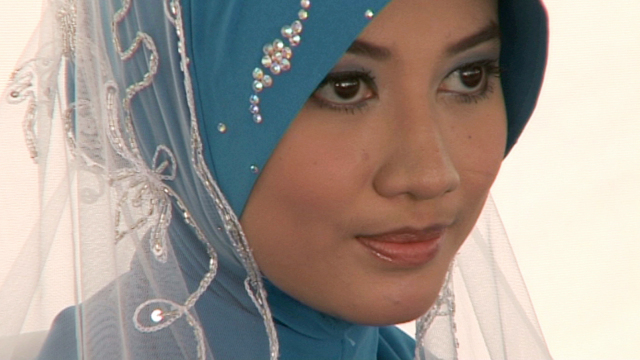 The Obedient Wives Club demands that women satisfy their husbands' needs, according to the Koran. Arguing that women should be always submissive, the group is facing allegations of promoting domestic abuse.

According to the club's president, "you must fulfil his desire more than a first class prostitute can". The group believes that women who are not obedient to their husbands promote social ills and it is their responsibility to ensure he does not stray beyond the bonds of matrimony. To promote the necessary behaviour the club released a salacious guide to Islamic sex which women's rights groups claim encourages domestic abuse and was quickly banned. The club is growing fast and spreading across Asia. However, links to a radical Islamic movement suggest that this group threatens to revive an obsolete Islamic sect already banned for deviant teachings.
FULL SYNOPSIS
TRANSCRIPT