Defiant in the Face of War 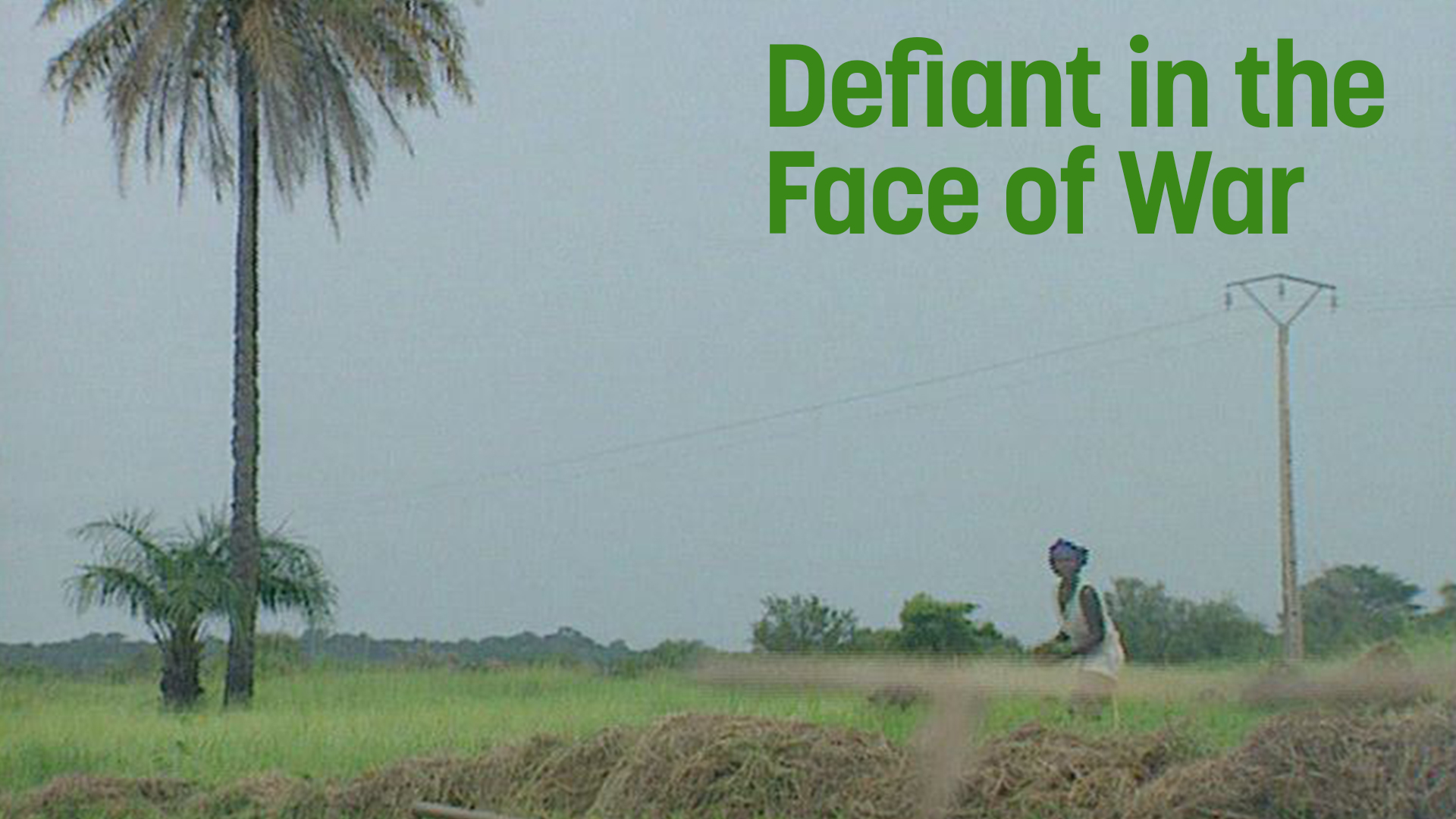 In 1998 Guinea-Bissau was plunged into war, one which few of its civilians wanted.

President Joao Bernardo Vierra and Brigadier Amsumane Mane used to be comrades-in-arms. They fought together for liberation from their Portuguese colonisers. They went on to govern together - Vierra as President, Mane as the Army's #1. But in January 1998 Vierra accused him of shipping arms to rebels in Senegal. Desperate to maintain favour with his volatile neighbour state, Vierra finally sacked Mane on June 5th. Mane then launched a coup attempt to oust Vierra, who he maintains is autocratic and vain. Vierra hurriedly whipped-up support from Senegal and Guinea and drafted in troops to support him. Guinea-Bissau was plunged into a war in which both sides have rained their bombs on the civilian population with little apparent strategy. Amidst this chaos ordinary Guineans have been trying to ignore the war. In their benevolent and beautiful land they have valued their peace above all else. Even the soldiers do not talk with fight. The rebels and their Senegalese enemy enjoy each other's company. "We meet with each other on occasion...They tell us they don't want any more war...we share meat and cigarettes." Many tune into the radio to keep up with developments. Ignoring the calls to arms broadcast on government radio they tune in to the BBC to find out what's going on. They are aloof to the politicking of their rival leaders. But there's no ignoring the destruction and terror the fighting has wrought. Sidney is no older than 10 but has summoned-up all his strength to rebuild the ruin of his home. His mum does not know he comes back here, to their old sitting room with the front wall missing. "I love tidying-up" he says pushing rubble out of the gaping hole in the wall, "one day we will live in here again." But somewhere he knows that will be impossible. Starting to cry he whispers, "I have many friends here...but my toy robot is broken." All over the capital of Bissau houses lie in ruins. Amadou and his family fled town when the fighting started. When they returned 3 months later they discovered that bombs were not the only thing to have invaded their home. "They took the TV, video, stereo, fridge and freezer, six plates, the gas cooker... nothing was left, apart from the sofa, and that was because they couldn't carry it!" In Guinea-Bissau mothers keep their sick children at home rather than run the risk of going to hospital. Clinics here have been bombed again and again. Gabriela refused to leave her city home when the fighting began. "I have worked all over the country as a teacher... I witnessed the colonial war but it was nothing like this one. I saw dead women with children on their backs, old people, disabled people, all dead." We witness the aftermath of a bomb on a market. In Bafatá, Guinea-Bissau's second largest city, everyone gathers at the cinema. A night with Jean Claude Van Damme, even if it's a video tape that has been shown a thousand times, is welcome entertainment. It keeps the mind off the stomach too. Food shortages are increasingly becoming a problem. Aid workers shuttle back and forth to the cut-off towns. Father Jose is a regular sight in the north. With his head under his truck's bonnet he keeps his engine alive and somehow manages to keep the food packages coming. In November 1998, a peace agreement was signed between the opposing sides; the agreement was never honoured. This week the rebels and the government promised to now honour the November pledge. An interim government has been formed and a peacekeeping force of 600 ECOMOG soldiers installed. Elections will be held in next few months. This beautiful film is a stunning record of the devastation wrought on Guineans by their warring leaders. Produced by Sic TV
FULL SYNOPSIS