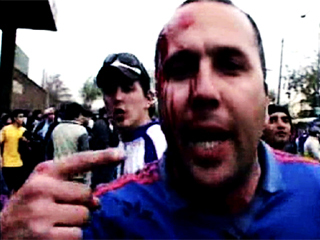 In Argentina football is akin to religion, with each team supported by a hardcore group of fans: Baras Bravas. But rather than friendly rivalry, these gangs bring crime and violence to the beloved sport.


In the last 18 months, 14 people have been killed in football-related violence in Argentina, which sees rival club gangs, known as Barras Bravas, clash in brutal battle scenes. This is not just the football hooliganism seen elsewhere in the world, as these fan-based institutions are deeply entrenched within local politics, meaning few are ever brought to justice. "The violence they cause on the pitch is the same violence they bring to the unions and political parties. How can we eradicate one without the other?" The local communities are certainly trying. 'Save Football' is a grassroots project which secretly films the violence as evidence that can be used in court. However, "the Barras Bravas are a part of the system", and so it looks unlikely that these initiatives will be able to bring about change.
FULL SYNOPSIS
TRANSCRIPT