Shouting in the Dark

The story of the Arab revolution that was abandoned by the Arabs, forsaken by the West and forgotten by the world 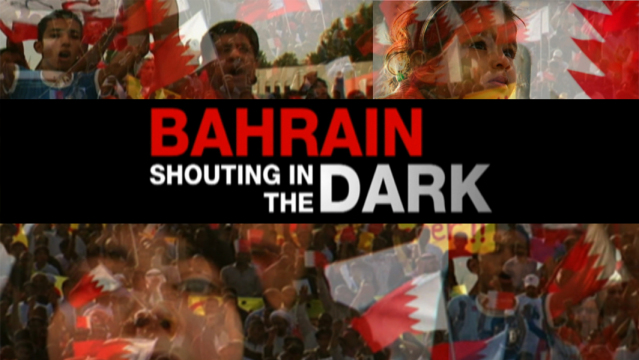 February 2011, and the Arab Spring is in full swing. International TV cameras are lapping up events in Cairo and Tunis, celebrating the overthrow of one despotic regime after another. But out of sight, in Bahrain, another uprising is underway. Foreign journalists are banned from this island kingdom, but unknown to the ruling Khalifa family, one undercover crew were capturing the horrific carnage of a revolution forgotten by the world.

Out of the night the police swarm around the protestors, unleashing hell. Inside the Salmaniyya Hospital, the victims scream and writhe in agony. Doctors fight desperately to save lives, but for some the scene is too much to bear. "We call for help here in Bahrain: we call on the US, EU, all Arab countries. It's chaos here. It's unbelievable..." one doctor pleads to the camera. Defying a government injunction in order to treat the huge numbers of wounded protesters, they are accused of "fabricating" accounts of injuries and become the target of cruel oppression. The Bahrainis had enjoyed a brief taste of freedom as they rallied together, making banners and painting murals. The white tower of Pearl Roundabout in the heart of the capital became a symbol of hope. The pro-democracy encampment was allowed to flourish and portable toilets, satellite televisions and food stalls popped up. "Drink tea out of love for Bahrain", the vendors cry. A man offers a marigold across the tangled barbed wire, to a chant of "Sunnis and Shias are brothers, the country cannot be sold." But at 3am police attacked the sleeping protesters, signalling the start of a terrifying push-pull of revolution and bloody counter-revolution. Over the next few months, Pearl Roundabout alternates between festival and bloodbath. After another brutal government crackdown, the dissenters' calls for peace and co-operation are replaced by the slogan: "no dialogue." A teenage poet is seized from her family home, tortured in prison and forced to make a public apology. Protesters are killed or imprisoned and beaten; people are afraid to leave their homes. The tower is obscured by clouds of smoke and, finally, bulldozed to the ground. The Khalifa's claim they are saving the country from, "the brink of a sectarian abyss". This film offers an extraordinary, eye-opening narrative of those who dared challenge the faces that stare down from public buildings and preside over the state-controlled TV. It is a graphic account of crimes against humanity and commands a visceral reaction. Yet it is also a story of incredible courage. The people of Bahrain still won't be beaten: each night they take to the rooftops and shout their slogans, nurturing their dream under cover of darkness. "The Bahraini people touched the soul of freedom. They won't go back." 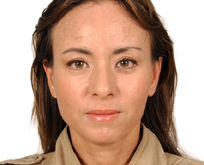 May Ying Welsh is the writer, director and cinematographer of Shouting in the Dark. She is a journalist and filmmaker who has worked for Al Jazeera Arabic and Al Jazeera English on and off since February 2003. She covered the 2003 US bombing, invasion and occupation of Iraq from Baghdad, the Tuareg rebellion in the Air Mountains of northern Niger and Sahara desert of northern Mali, camps of the Darfur rebels and the so-called Janjaweed from the Jebel Marra mountains of Darfur to the deserts of eastern Chad, mass killings and atrocities in southern Sudan, and the crisis in northern Yemen during the Houthi rebellion. Her mother and mentor is the late Asian American documentary filmmaker Loni Ding.