Iran and the Bomb 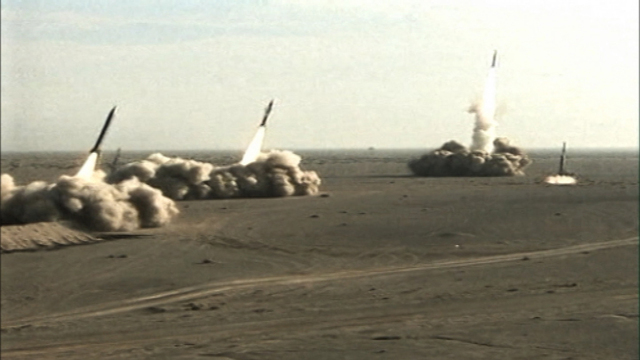 The West says Iran is making a nuclear bomb. Tehran says they're treating cancer. This compelling investigation cuts to the heart of a political maelstrom, uncovering truths, lies and shocking allegations.

"We have one million patients struggling with cancer and they need regular isotopes", argues Iran's ambassador for the IAEA, dr Ali Soltanieh. Experts are quick to dismiss this reasoning, saying Iran's reactor at Natanz is, "too big, too far from hospitals and too secretive". Yet in this report the former director of the IAEA, Robert Kelley, admits that the famously leaked 2009 IAEA document, supposedly offering proof of Iran's nuclear ambitions, is likely to be a forgery. Whatever the truth, Israel is growing increasingly twitchy. "Israel must reserve the right to defend itself", Netanyahu has publicly announced. But is his rhetoric leading towards military confrontation? "Once you make those kind of threats, you come to the point where you've got to show you're serious". Yet Ronen Bergen, an expert on the Israeli secret service, insists that if it had been up to Israel, Iran would have had an atom bomb years ago. He describes how during the 1970s Israel actively encouraged Iran to move towards nuclear armament. "Israel was knowingly helping Iran to build the vehicle for a nuclear bomb". Despite current international pressure, Iran isn't shying away from fighting talk. The suggestion of heavy interference in their nuclear plans is met with a chilling riposte: "We will teach them a lesson they will never forget in history".
FULL SYNOPSIS
TRANSCRIPT