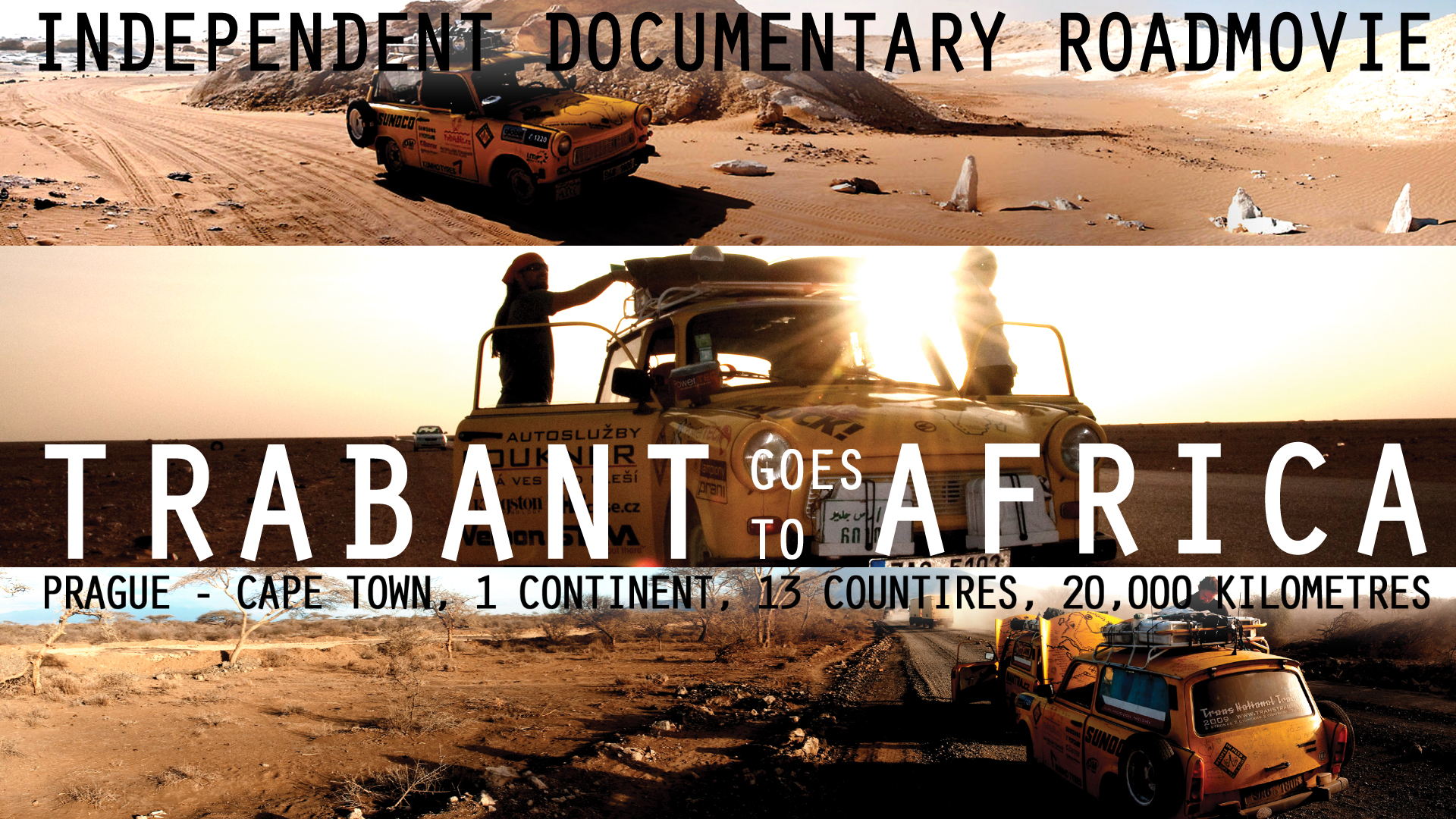 Fresh and funny, this is an African travelogue as you've never seen it before. Travelling 20,000 km in the world's cheapest car across its poorest continent, this doc is all about big dreams and a healthy disregard for the impossible. Without backup vehicles and no guarantee of a happy ending, 2 Trabants, armed with 2 strokes and 2 cylinders each, take an irreverent and mishap-filled journey, all the way from Libya to the Cape of Good Hope.

"That's what it's all about... that it's not easy". They were told before they left that it couldn't be done, but these 5 Czech adventurers would not be deterred. Instead they head "to a written off continent in a written off car". The trip is a challenge in many ways, and the Trabants are just one of them. Add together an utter lack of flamboyance, an arguably, completely useless 600cc two-stroke engine, a risible 6 inches of clearance and a resolute lack of 4WD and you've got the makings of a credible Prague to Cape Town travel adventure. Now add a dollop of cloying Egyptian bureaucracy, a hot-box interior devoid of air-con and the ubiquitous difficulty of everyday life in Africa, and this brilliant film threatens to become an epic ordeal worthy of David Lean. But the team refuses to give up. The journey leads the adventurers through deserts, pot holed cities and dirt roads across 22,000 km. They experience a love-hate relationship with Africa itself, continually searching for the Africa of their dreams. "What wasn't possible in Europe was possible in Africa. At least some things work here." If you think you're not really cut out for all that paddling, pedaling and pushing but still fancy a trans-continental odyssey then this film proves that African adventure doesn't need to be by camel or 4x4; it's likely you have all you need parked in your front yard right now. Just follow in the footsteps of these determined travellers - "We'd like to be in Cape Town in 2 months. Reportedly we can't make it... But where there's a will, there's a way" LEARN MORE.
WATCH MORE.
JOIN THE DISCUSSION.
FULL SYNOPSIS 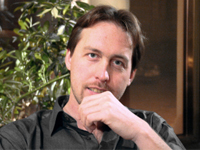 35 years old, gearhead, journalist, filmmaker and explorer. With minimal technical equipment, an he took an ordinary Trabant across Africa and the Silk Road, and is going to cross Latin America. Founder of UnderFilm and the independent film company Klok TV. In addition expeditions Trans National, Dan Priban was a member and organizer of expeditions to the forgotten part of the Libyan desert into Kurdistan and the mythical Mount Ararat. 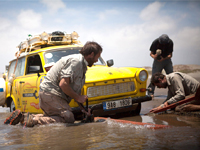 We chose the Trabant because we wanted to show that a trip like this one was possible without a 4x4, and GPS, and a satellite phone and things like that. People these days think such a thing is not possible, but its not true! The whole engine is made up of between 20 to 50 parts, if you dont count the screws: its great for a trip like this, if you know how to repair it. If you take a 4-stroke engine there are many more parts, so if it breaks down you might be lost. The Trabant is the simplest thing you can imagine. When our engine broke down in the middle of the desert, we repaired it using just a hammer and screwdriver.