Once Upon a Time in the East 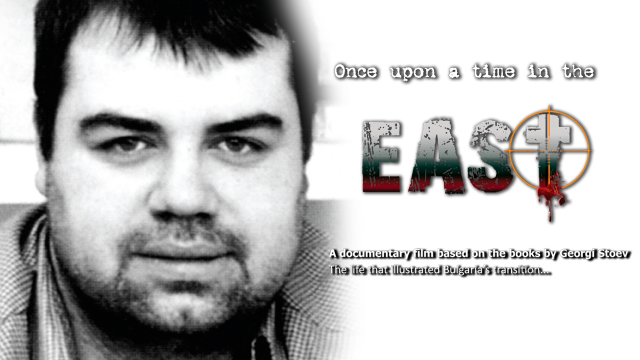 In the 90s Bulgaria joined the Eastern Bloc's race for freedom. But as thousands flooded the streets calling for democracy the shadows were giving birth to criminal enterprise. And before anyone could realise, the criminals had taken over the new 'democratic' society. The street gangs dominated, a steel hand of fear was forced on the population. And freedom had come to Bulgaria! They quietly privatised everything in their own interests.

"How does one become a mafia boss?" a Bulgarian TV presenter asks, her tone one of harsh mocking. "You enter the centre of Sofia proclaiming everyone works for you now", Georgi Stoev, nonchalantly replies. "And it's impossible without the support of the police or some political party activist." As a former member of a Bulgarian gang of ex-wrestlers who terrorised the country in the early nineties he should know, but he was telling secrets that many Bulgarians didn't want told. In 2008 he was gunned down in the centre of Sofia for his indiscretions. This crime-thriller of a documentary picks up Stoev's narrative and reveals the day-to-day workings of the Bulgarian mafia and exposes the swindle that defined Bulgaria's 'liberation'. "In the murky waters the fish that swam best were the ones who swindled currency, gold, jewellery and other smuggled goods..." Those who swam the best turned out to be the leaders of the new Bulgaria. "Suddenly a few violent wrestlers woke up to their new destinies...shareholders, CEOs and owners of large companies." The establishment of the new order, meant a country completely run by the mafia. We see the entire internal workings; no aliases, no fiction, but the real razor edge of organised crime in action. And it defined almost the entire ruling elite of Bulgarian society. "The gang organisation was created by Andrey Karlovich Lukanov and General Luben Gotzev, a former interior minister and a minister for foreign affairs." Through Stoev's recollections, brutally fierce reconstructions and interviews with ex-mafia members, over 20 years of Bulgarian history and gangland crime come to life. Stoev's fearlessness allows us a unique glimpse into one of the most hidden realities there is - that of the political gangster. LEARN MORE
WATCH MORE
JOIN THE DISCUSSION
FULL SYNOPSIS 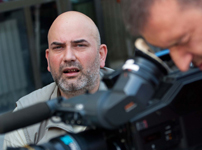 Born in Damascus Demir Yanev emerges from a diverse background through the Middle East and Central Asia. Based on his experiences of the last few years of Abdul Haq's life in Dubai he embarked on filmmaking and establishes new level productions in 2005. 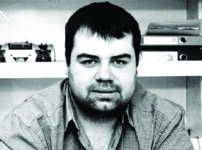 We could have made several films from all the filmed material of over 30 hours. But we didn't want to make a gangster film. It had to be something different, something more personal. A script had to come together that examines what a Bulgarian life is worth. To tackle this self knowledge and to portray how knowledge works.