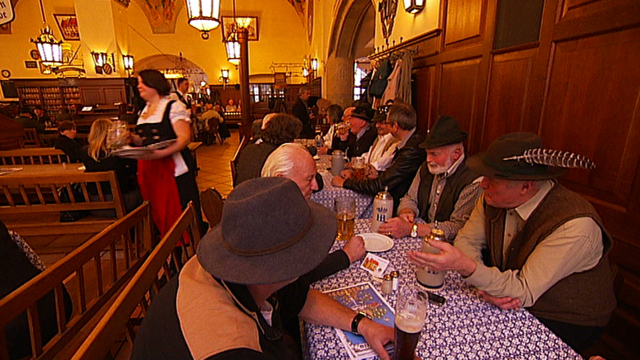 While most of Europe is mired in financial crisis, the German state of Bavaria is booming. As exports rise and unemployment reaches a 20-year low, they wonder why the Greeks can't follow their lead.

As the rest of Europe is being slowly absorbed by the Eurozone crisis, Bavaria is going from strength to strength. It's now the richest state in Germany, which is now the richest country in Europe. "We're living in paradise", boasts one Munich resident. Not so long ago the money men of Wall Street and London thought Germany was a bit of a joke, but no one's laughing now. And there's growing discontent amongst Germans about having to prop up the rest of the Eurozone. "These countries! They have to not spend too much money", says Dr Anton Kathrein, an industrialist. With Bavaria conspicuously having a great time, it is rapidly becoming a magnet for Europe's economic refugees. Juliana Salija escaped war torn Yugoslavia 17 years ago for a better life in Greece. Two months ago she fled there, where one in five are now jobless. "I love that place but it was impossible", she says. So what is the secret to this German success and are they justified in criticising their neighbours' work ethic? This report goes in search of some answers.
FULL SYNOPSIS
TRANSCRIPT