City of Murder and Mayhem 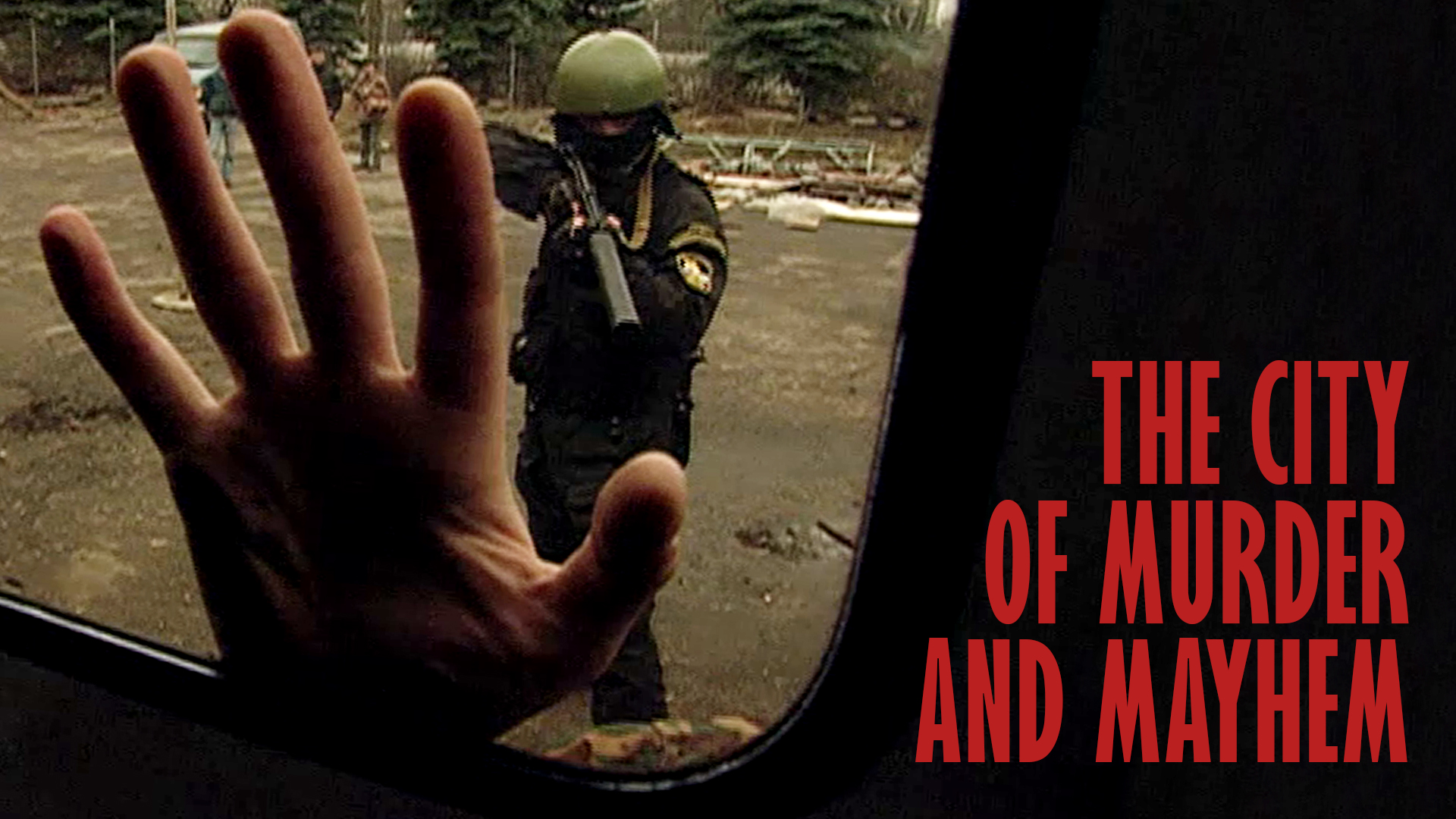 This film portrays life on the edge of death in Moscow. We follow the exploits of two men: one a billionaire banker and the other a special forces soldier brought to the capital to combat violent crime. Though they never meet, their lives become intertwined in the madness of Moscow.

Moscow is a city of extremes. Old people and children queue at soup kitchens while pretty young women browse the designer shopping malls. Police take the pulse of a man sprawled unconscious on the street, couples gyrate half-naked on a nightclub stage for the chance to win a telephone pager and some vodka, and the ex-chief of a mobile network lies under a white sheet in a seeping pool of his own blood; the victim of another contract killing. In this city live two men: Roman Trotsenko, a 28-year-old multimillionaire entrepreneur who lives every day knowing it could be his last; and Commander Yevgeny Petrushin of the Special Forces Fast Reaction Team, a crack squad dedicated to fighting violent organised crime. Though these men never meet, their lives run in strange parallels amidst the sheer, bloody madness of Moscow. Roman reads the newspaper every morning. It's important, he says, because the front page tells you about that day's death count in the business world. On an average day there is one killed banker, a couple of high-profile company directors murdered, and a few bombs. Roman says that the word corruption has lost its meaning here because it suggests that people will be shocked at the exposure of underhand dealings. "Here, it is a way of life". Having dodged the hitman's bullet by inches already, Roman surrounds himself with bodyguards 24 hours a day. He lives like a ghost and nowhere in his bank's papers will you see his name. This way, he is protected and can vanish at any moment. Yevgeny has no time for the millionaires of Moscow. He served in some of the most dangerous places in the world and when he returned to the capital, he was angry. "I wanted to blow up all these Mercedes cars everywhere. These people don't give anything to their country. They just destroy everything, using the power of their friends and relatives". He took the oath to the Soviet Union; all men took it. They were all in the army. For Yevgeny, "This is for life, every man undertakes to protect his country." In a gripping visual adventure we join him and his SOBR team as they bust an illegal alcohol factory, shoot armed robbers and take down one of Moscow's most influential criminals. These men are the equivalent of the SAS working alongside the police on the streets of London. The recruits say they love their work, even if it is an unending battle. "It's a job for a real man". In a world where former Soviet Union servicemen are now leading criminal gang lords, and MPs are known to be thieves and felons, everything comes at a high price. But Yevgeny's wife Sonia says she is glad they went through the hard times. Although she can't sleep during the months he's away, "when he comes back, it's like falling in love all over again". With hard-hitting footage and candid interviews, this powerful documentary offers unparalleled insight into the lives of two very different men, risking their lives every day just for the work they do, and for such markedly different reasons.
FULL SYNOPSIS