The greatest atrocity of the Afghan war 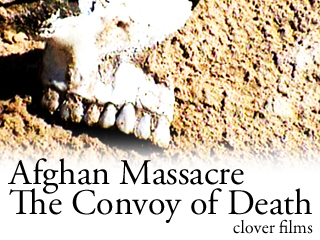 Telling the horrific journey undertaken by thousands of prisoners who surrendered to America's Afghan allies after the siege of Kunduz, this compelling documentary reveals how the Pentagon lied to the world in order to cover up its role in the greatest atrocity of the Afghan War. With unique footage captured by award-winning Afghan filmmaker Najibullah Quraishi, it shows how American Special Forces re-directed containers carrying living and dead Afghans into the desert, and stood by as survivors were executed and buried in mass graves.

In Dasht-i-Leili, Northern Afghanistan, desert winds blow unrelentingly over fields of dust, bullets and bones. Here, plain for everyone to see, lie the remains of 3,000 Taliban soldiers who gave themselves up to the Northern Alliance and US Special Forces after being guaranteed that their lives would be spared. Like some terrible fulfilment of Old Testament revenge, the number of bodies in the unmarked desert grave in Dasht-i-Leili matches - almost person-for-person - the death toll from the 9/11 attacks on the Twin Towers that catapulted American forces into action in Afghanistan in 2001. "If we're talking about thousands of bodies, and a cover up... this one will not go away", says human rights lawyer Andrew Mackinsey. The 4,000 or so men who made it to the already packed-to-bursting prisons had a blessed escape, denied to their fellow prisoners. Bundled into containers, the lucky ones were shot within minutes. The rest suffered a horrific road trip lasting up to four days; suffocating to death and clawing at the skin of their fellow prisoners as they licked perspiration and even drank blood from open wounds in a desperate attempt to stay alive. One soldier tells about the smell of urine, faeces, blood, vomit and rotting flesh in the baking desert heat as they opened the containers for the first time: "it was a smell to make you forget all other smells in your life". Afghan Massacre was produced over ten months under extremely dangerous circumstances: eyewitnesses were threatened, the film crew went into hiding and their researcher was savagely beaten to within an inch of his life. Though compelling footage and eyewitness testimony, this investigative documentary builds an irrefutable body of evidence against the massacre that took place and shows that this was never a simple matter of Afghans killing Afghans. LEARN MORE.
WATCH MORE.
JOIN THE DISCUSSION.
FULL SYNOPSIS 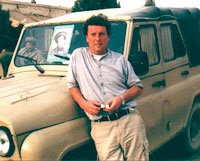 Clover Films is an award-winning documentary film production company with a reputation for credible, intelligent and popular journalism. Although our range is broad, we specialise in the area of international current affairs. Clover Films brings together an enormously talented group dedicated to producing, as Victor Lewis Smith (TV critic of the London Evening Standard) described just one of our films: television at its finest. Award-winning directors, journalists and cameramen, internationally-known human rights activists and best-selling authors all contribute to ensuring that this company continues to be recognised as a credible and entertaining voice in the world of television.