Mutiny In The Maldives 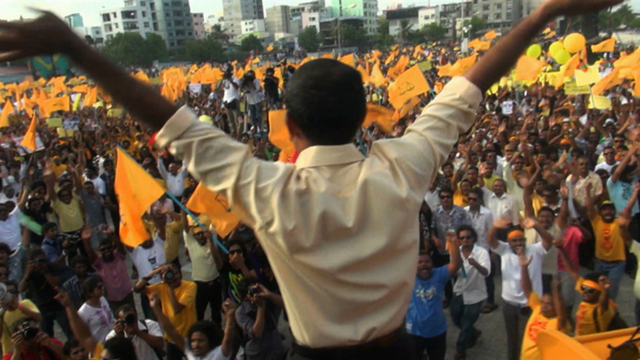 Military coups and violent protests are not what you'd associate with the Maldives. However, on this island paradise a lethal cocktail of wealthy businessmen, Islamic hardliners and corruption lie behind the coup.


The country's first democratically elected President, Mohamed Nasheed, says he was forced to resign at gunpoint in a coup backed by Islamic hardliners. They were backed up by brutal former president Gayoom. Unfortunately for Nasheed, as he tries to call for a return to democracy, his opponents have wealth behind them. "Four resort owners funded the coup." International concern is growing over the future security and democracy of the islands, so what does it all mean for the Maldives?
FULL SYNOPSIS
TRANSCRIPT