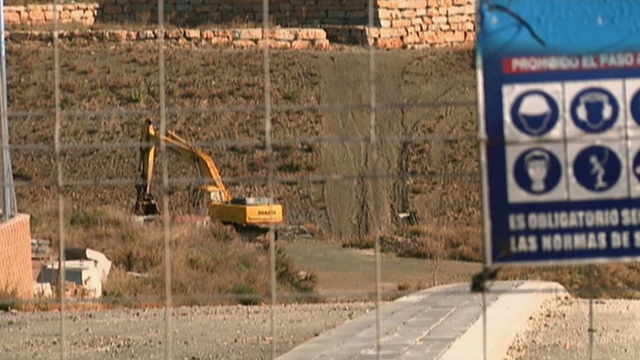 No country is more nervous about Europe's economic future than Spain. With five million unemployed and property prices plummeting, economists say that unlike Greece, Spain is too big to bail.

There is anger and defiance on the streets of Madrid as demonstrations against the government's austerity cuts get bigger and bolder. "We will never, ever, allow banks or anyone at all to take our families' homes", says one protester. They call themselves 'I Don't Pay', a movement that has grown from Spain's deepening economic crisis. Every week there are thousands of job losses and property evictions. Yet whilst some are fighting back with protests, many others are quitting completely, leaving the country. It's a "brain drain", as a wealth of the most valuable human resources rapidly vanish. Others, like the infamous Enric Duran, are seeking radical changes to a system that has crippled the nation financially. "We need to act on and generate alternatives to capitalism". Whichever way you look at it Spain is in deep trouble, but who can help them out of the crisis?
FULL SYNOPSIS
TRANSCRIPT