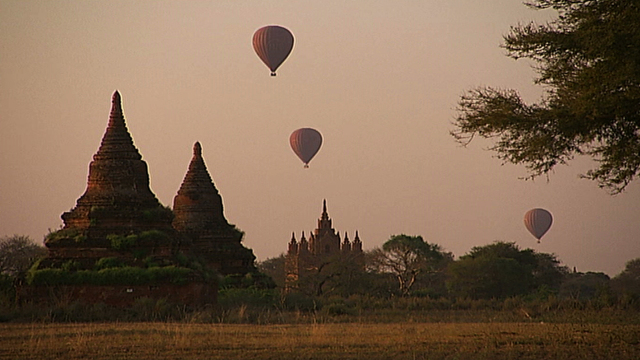 Having long been closed off to the outside world, Burma is now lifting the curtain and making staggering democratic reforms. But will the regime really pass power to its people in the upcoming elections?


For years Burma has been ruled by a corrupt military junta that brutally suppressed all opposition, used forced labour and imprisoned thousands for their political views. But recently - and suddenly - things have changed. After elections that most observers regarded as a sham, the new government released Aung San Suu Kyi, suspended a hugely unpopular dam project with China, freed thousands of prisoners and signed peace pacts with a number of warring ethnic groups. Even Hillary Clinton dropped in for a visit. Ko Ko Hlaing, the President's Chief Advisor, admits the sins of the past and insists that Burma is now heading in a new direction. "We need credibility and we need legitimacy and we need to make trust between the people and the government". It's still early days for the reform process and whether the regime actually passes power to the people will be the ultimate test. For tourism at least, the changes have already proved to be a huge draw. "I wanted to be here right now to spend my tourism dollars in those changes and I also wanted to you know really see for myself what's going on".
FULL SYNOPSIS
TRANSCRIPT