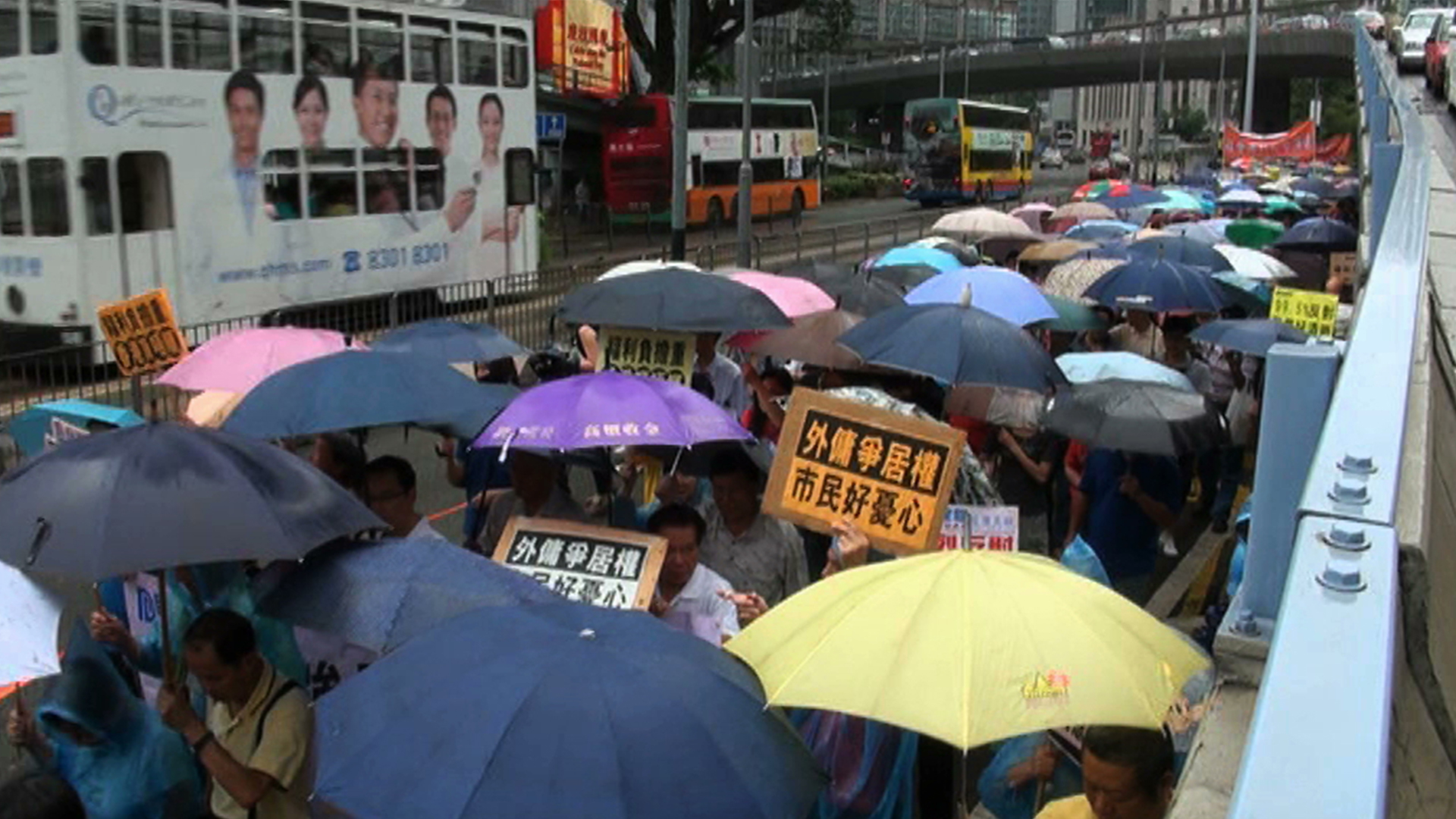 300,000 migrant workers keep Hong Kong's households moving. Now, amid claims they are treated as second class citizens, the city's maids are challenging laws that forbid them from getting permanent residency.

Invisible for most of the week, this army of domestic workers emerges on to the streets on Sunday afternoons, to socialise and meet with friends. They are a familiar sight, but are currently at the centre of a heated legal battle. The Mission for Migrant Workers vocally campaigns on their behalf, against authorities not afraid of dubious tactics, like stirring up public bias by claiming hundreds of thousands of them might settle on the already crowded island. "I think there is a racial element to this", claims a lawyer involved in the campaign. Mistreatment of the maids also remains a serious issue. Wahyuni's employer terminated her contract whilst she was receiving treatment for cancer. For her, "every day is painful".
FULL SYNOPSIS
TRANSCRIPT