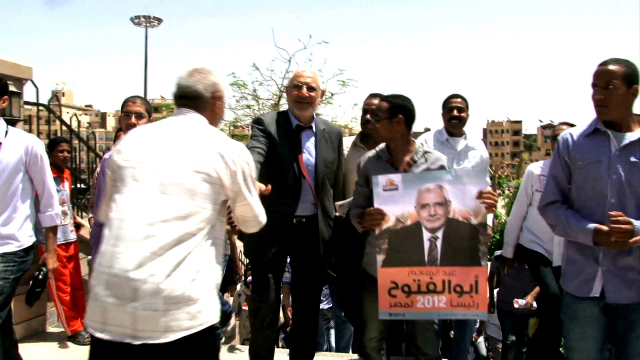 Dr. Abel Fotoh has a broad range of support, crossing old political divisions in Egypt. One follower describes how, "Liberals support him. Islamists endorse him. Lots of political parties support him". But rival Amr Moussa has a well-funded and prominent campaign. Although for many he is a 'felool', a remnant of the old corrupt regime, his popularity is growing. As the campaign gets underway, the one thing everyone agrees on is that this election is critical to Egypt's troubled transition to democracy.
FULL SYNOPSIS
TRANSCRIPT