The Generals Strike Back 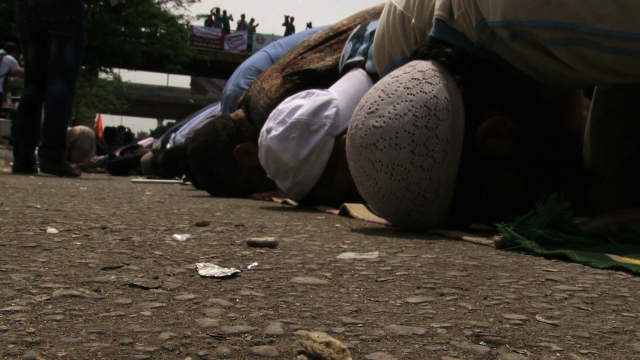 The bloodiest week in Egypt since the football massacres may have dramatically altered its political balance. With shocking footage, this powerful report gets inside the fresh turmoil threatening elections.

"The people want to execute the Field Marshall!", a crowd of Salafis shout as they march in the street. Just months ago they were celebrating their surprisingly strong showing in the parliamentary elections. But after the disqualification of their preferred candidate, Hazem Abu Ismail, they've taken to the streets. Up to this point the military had portrayed themselves as a neutral force protecting the people. But as the army floods in to crush a week-long sit-in, it's not an image the protesters buy into. "The thugs who attacked us were from the army." As the dramatic scenes in this report show, the military junta engaged in violent street battles with the protesters. "Where is the clinic?" a man shouts as he helps an injured protester, who has blood streaming from his head. But make-shift clinics were trampled and the injured abandoned in the mad rush to escape the army's thugs. Some well-timed state TV propaganda has fueled a number of people turning against the Salafis and other Islamist groups. Meanwhile, the military junta continues its violent oppression: "Nothing has changed. The military council, that's Mubarak's council."
FULL SYNOPSIS
TRANSCRIPT