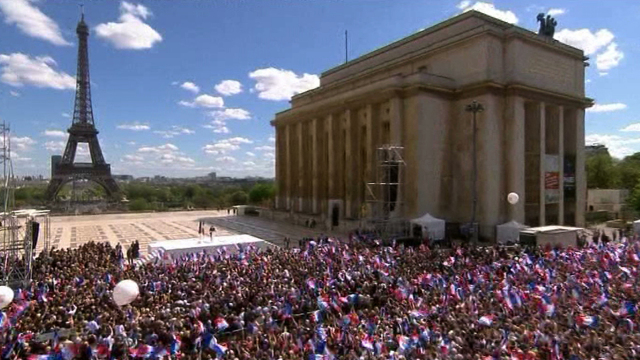 Hollande may have won the French elections, but Far Right leader Marine Le Pen attracted record support and is showing no signs of slowing down. So what's next for the party and its controversial ambitions?

"I think we will come to power within a few years. The whole of Europe is becoming aware of the loss of our values." Le Pen's anti-EU, anti-immigration stance found many sympathetic ears during the Presidential campaigns and The National Front now has their eye firmly fixed on the National Assembly elections. "We have surprised everyone with the coherence of our views", Le Pen insists, as membership of the Youth Wing of the party has surged. Yet the party's anti-Islamic stance has also alienated many voters and spread fears of rising extremism. If Le Pen gets a seat in the Assembly it will give the party its biggest endorsement for over a decade. "I think she is going to be part of the landscape for many years to come. For better or worse."
FULL SYNOPSIS
TRANSCRIPT