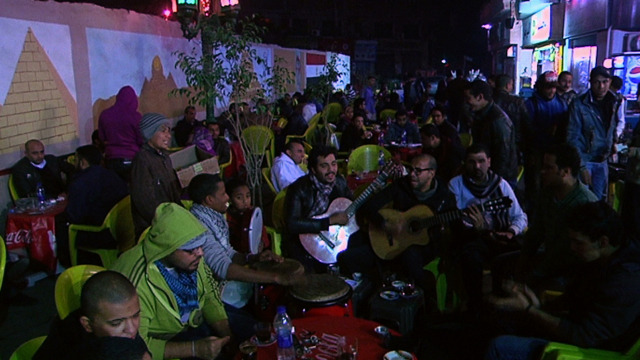 Last year, Tahrir Square rang out to the sound of violent protests over Mubarak's rule. Now the sound of music can be heard from two troubadours who've taken up performing at the square's tent city protest.

Ahmed Moses, Hany Bade and their supporters spend each night in the square singing their message of peace and unity. One Muslim and the other Christian, they're calling for an end to the sectarian clashes that have followed Egypt's revolution. And as the turbulent transition from Mubarak's regime continues to play out, the troubadours refuse to be silenced. "Music plays a major role in any revolution: it's easier to get people to listen when you sing".
FULL SYNOPSIS
TRANSCRIPT