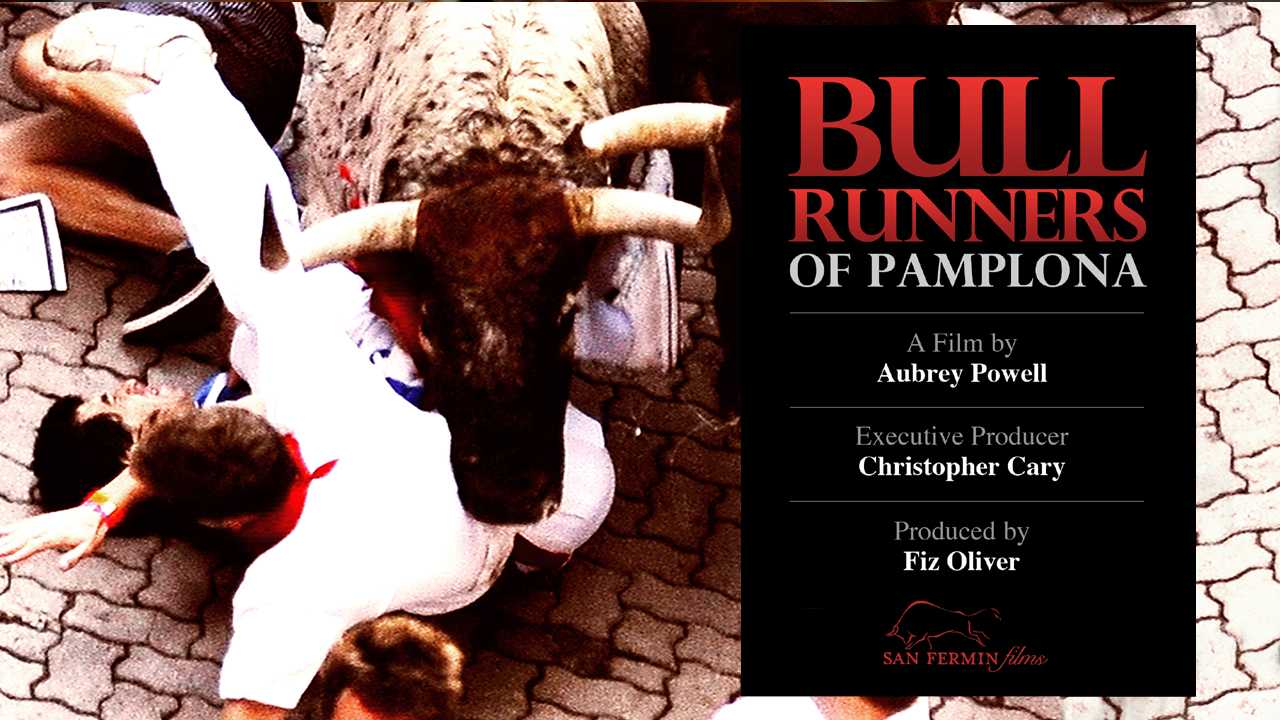 Every year, for 8 days in July, a herd of massive fighting bulls power down cobbled streets, along with a petrified mass of thrill seekers. The dark beasts roar and skid; men with red bandanas are scattered like skittles. It's all about the primordial thrill of the scariest chase in the world. Years in the making, this sumptuous documentary gets unprecedented access to the Running of the Bulls; the camera so close you smell the fear and hear the snorts of the beasts.

Years in the making, this sumptuous HD documentary gets unprecedented access to the Running of the Bulls; the camera so close you smell the fear and hear the snorts of the raging beasts. Men slip, trip and curl up in terror as the huge animals toss and trample them. In crisp frightening detail this visual feast serves up the chase and its warriors - like Conor Canton, who faces the bull whose horns go through him "like a knife through sausage". The high speed HD cameras race along over head cables above the streets recording the action from impossible angles, offering intimate and lasting views of the taught relationship between bull and runner. Bravado and beer create a heady mix to ward off nerves. Runners ask the saints for protection, as: "If you run the bulls sometimes tragedy happens." The tension builds and then, through the dust come the bulls... It's the moment to put away fear and start to run and above all, start calculating how not to suffer the sharp slicing of a furious horn or the dull blow of a hoof with 700 kilos of weight behind it. Every summer young men cross continents to reach the ancient city of Pamplona and find glory "dancing on the horns of a bull." It's a ceremony dating back to 1385, when the first wild bulls were run into town. The locals await the maestros, the expert runners, who run the bulls through the streets, and on towards the bull ring at the end. The Maestros pass the proud tradition down from father to son, teaching them how to keep the bulls running in the right direction, exhorting them to "keep a cool head". Julien Medina has run for forty years, now, having been gored, he struggles with giving up. "I don't want to drag myself through the streets", but he is not ready to "stand on a balcony and watch". Yet behind the glory of tradition lurks pathos: protesters calling for a bullfighting ban lie in the streets, daubed in black and red. And young Nicholas Ward lies in hospital choking back tears. What began as a tourist trip ended with him being trampled by a bull, his back broken in three places. As photojournalist Jim Hollander puts it "Death is in the streets" and the only way to capture the race's spirit is to photograph "something dripping". Some will never run again, none will ever forget the experience. All have their own motivation for wanting to make a public spectacle of playing with death. A documentary with all the drama, colour and vivid crispness of a feature film.
LEARN MORE.
WATCH MORE.
JOIN THE DISCUSSION. 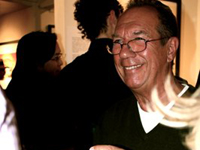 Aubrey Powell is co-founder of design studio Hipgnosis, creating album covers for Pink Floyd, Led Zeppelin and others. He has directed for more than 20 years, including It Could Never Happen to Me (HIV AIDS for Nelson Mandela). A live-event specialist, Aubrey considers Pamplona to be one of the most hostile environments in which he has ever filmed. 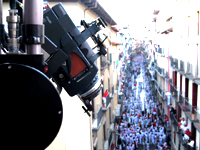 San Fermin Films is a UK based production company formed by a group of Pamplona enthusiasts from the film and television Industry. The Producers have been filming each year in Pamplona since 2008 in a personal quest to record the true depth of the experience when you run with the bulls. They have been able to film both the fiesta and the running in a way and using techniques never before permitted in the streets during the fiesta. In addition to the compelling 2D material the producers have more that 10 hours of 3D filmed content and are planning the final version of the film for presentation in IMAX and in 3D.