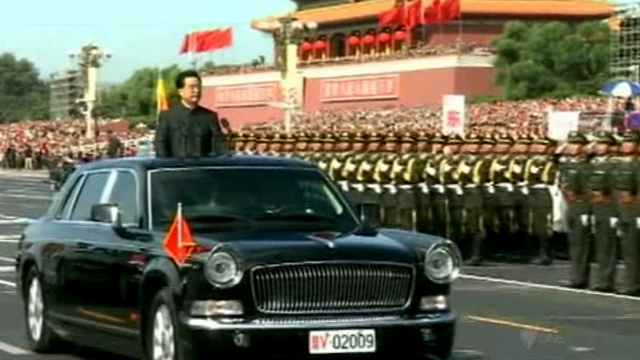 With diplomacy failing to break the deadlock between China and other Asian nations over the disputed Spratley Islands, arms dealers have been making a killing in the race for control of the valuable South China Seas.

"The US and the Philippines have a mutual defence treaty. OK?" It is strong support like this from Lt General Duane Thiessen that has emboldened the Philippines to stand up to China over its dispute with them in the South China Sea, saying that they will "fight China with a sword". Tensions have not been helped by Malaysia being drawn into the territorial dispute and other countries like Vietnam clashing with China as the superpower throws its weight around in the region. All of these countries have reacted by investing in arms, China spending 11% more than it did last year on military investment. All of this has resulted in a real boom for arms dealers. As salesman Mati Hindrekus points out: "The Asian market is a growth market." Despite these fighting words and increased investment no one believes that these rising tensions will lead to war. But as the arms race shows no signs of slowing down and diplomacy continues to fail, it is difficult to see how the growing tensions will be resolved.
FULL SYNOPSIS
TRANSCRIPT