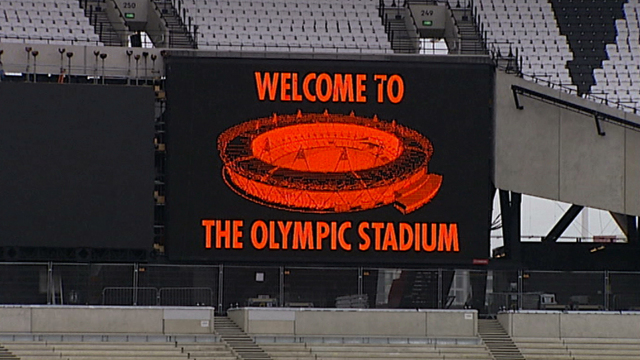 With the Olympics just around the corner, not every Londoner is accepting the runaway hyperbole surrounding the city's big sporting carnival. We take a look at both sides of the debate raging in the capital.


"No country is ever the same once it has staged the Games", says organiser and former Olympic medal winner, Lord Coe. He thinks it's all "fantastic", but close to the action, in the shadows of the venues, you'll find eyeballs rolling with contempt."Everything has to be ploughed towards the elitist and the grassroots is neglected", says Johnnie Walker of the Hackney & Leyton League, who has lost 12 of his playing fields to Olympic parking. "All my familiar markers that I've known over 40 years have either disappeared or been enclosed in razor wire", says Hackney activist and writer, Iain Sinclair. Yet Olympian Yvonne Arnold argues the games will bring the community together and encourage a new generation of athletes. The new, world-class facilities will be around long after the Olympic torch has moved on. "Whenever I show people the gym I have a well of pride inside me". Love it or loathe it, it's going to be a hell of a show - but will London really be left in better shape when the games are over?
FULL SYNOPSIS
TRANSCRIPT