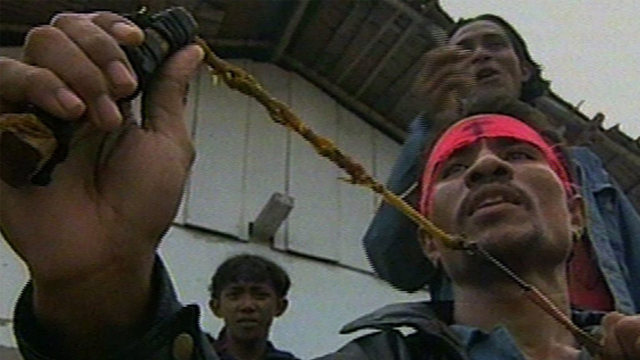 In the run up to elections in 1999, the Indonesian island of Ambon becomes an unlikely battleground for a bitter conflict between Muslims and Christians. In the past two months some two hundred people have been killed and thousands of buildings have been destroyed.

In a major turning point for East Timor, Indonesia and Portugal agreed on a United Nations-sponsored ballot that could shortly lead to independence. Many details remain to be ironed out but the agreement has been welcomed by many including Prime Minister Howard. A major step towards peace for the former Portuguese colony. Elsewhere however, Indonesia continues to grapple with sectarian and ethnic violence., and nowhere more so than on the remote island of Ambon.This week twelve have died in some of the worst violence since the student riots in Jakarta last year, giving rise to fears that religious violence will erupt through the rest of the archipelago unless the government resolves the tensions in Ambon. Produced by ABC Australia
FULL SYNOPSIS
TRANSCRIPT