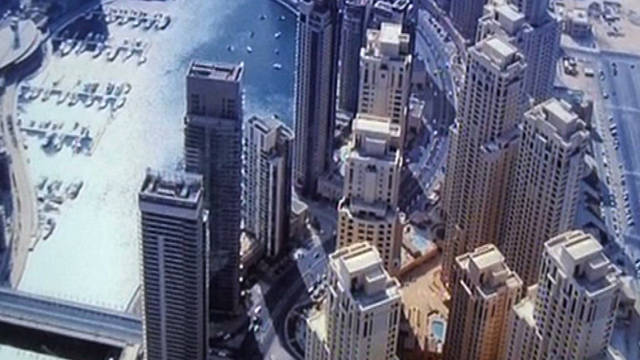 In this undercover report, the BBC's Ben Anderson infiltrates a community of expatriate workers in Dubai and reveals how the jewel of the Arab world is almost entirely built upon imported slave labour.

This is the dark side of Dubai that tourists never see, where scores of workers are lured from Bangladesh with promises of a better life. As soon as they land, their passports are confiscated and they're paid less than half of what they were promised. Risking severe punishment by authorities, Ben Anderson exposes their squalid living conditions, where rivers of sewage flow between living quarters and workers are forced to endure inhuman living conditions. "Most of the companies have absolutely no regard for human life", says former hiring agent, Almass Padrdiwala. A few miles away, the glittering skyline of Dubai lures 1.1 million British visitors each year. For the workers who build this paradise, Dubai is a black hole with no means of escape. "We have no hope for the future, we are helpless".
FULL SYNOPSIS
TRANSCRIPT