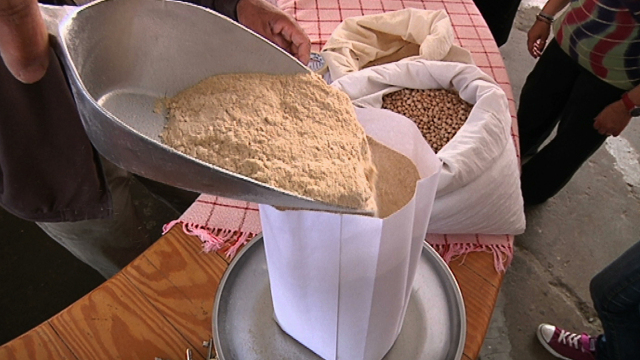 While political parties bitterly debate Greece's future in the eurozone, locals are finding their own solutions - one that doesn't rely on the Euro at all. Could the people of Volos have found the answer?

In response to salary cuts and 20% unemployment, enterprising Greeks in Volos have developed a new community currency - the TEM. It's based on exchanging goods and services for TEM, which can then be spent locally to keep the city's economy, and community, moving. The ethos is solidarity, not profit, and in a time when Euros are short, it's proving a lifeline. "It's as if a world of abundance has opened up", says one woman. What started out with a handful of activists has grown to a network of more than 900 people."It is a very liberating feeling to see ourselves able to do this." There are now more than a dozen similar schemes in Greece, and with a big question mark hanging over the future, could grassroots initiatives like this be a realistic answer?
FULL SYNOPSIS
TRANSCRIPT