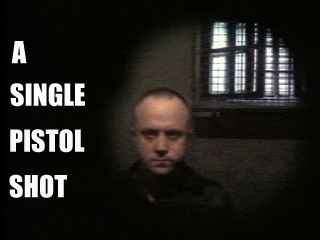 As Russia gradually familiarised itself with a post-Soviet society during the early 1990s, for those incarcerated on Moscow's death row, convicted under the former regime, the prospect of release from interminable days of punishment remained as distant as ever.

Alexander Velatov, deemed guilty by a jury of the rape and murder of two young girls, sits in a cold, damp cell, proclaiming his innocence. A haunted look in his eyes, he tells of how his previous confession was elicited through means of torture, and how, despite all relevant legal papers going missing days before the trial, the judge decided to conduct the trial regardless. When asked how he spend his time during his solitary confinement in the basement of the prison, he responds, 'I remember my family', he says, 'what else can I do with my time?'.

Vadim Kuvchinov, one of the last people to be executed by the Russian state before the discontinuation of the practice in 1996, occupies a cell a few doors down from Velatov. After familiar accusations of illegally obtained confessions, he explains that his third and final appeal was processed by Mikhail Gorbachev, only days before the collapse of the Soviet Union. These men are acutely aware of the injustice of their condemnation by a court system that has long since dissolved. As Velatov muses toward the end of his interview, 'Fairness in our society is like the lotto - if you've got a lucky ticket, you might just get it'.
FULL SYNOPSIS