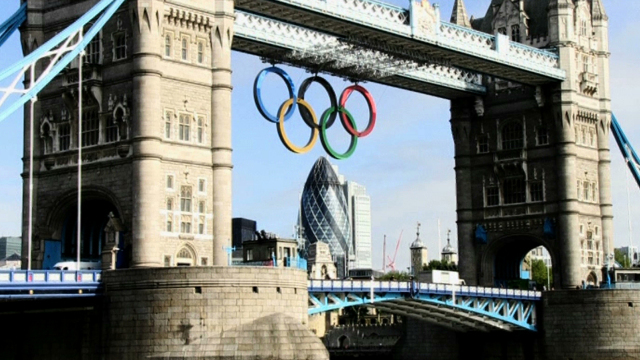 With the Olympics in full swing, the overwhelming dominance of major multinational corporate sponsors are raising questions about the power that companies such as Coca-Cola and McDonald's exert over the Games.

The 2012 London Olympics has been labelled the costliest Games ever; a sporting spectacular with the tightest security operation in the UK since World War Two, driven by multi-million dollar sponsorship. "It's not in the spirit of sport and healthy competition, it is in the spirit of making as much money as possible", says one protestor, Lindsey German. Organisers say they need the money from the big corporate sponsors to run the Games, but many feel that the heavy-handed bullying by the Olympics organisers to protect their corporate backers threatens the smaller companies that have also contributed. A staggering 75,000 small British firms who designed, built and supplied material for the Olympic site are banned from publicising their involvement. To use their Olympics contribution to promote themselves, they must pay the Olympics a fee. "They say the Olympics is about sustaining and supporting communities, but they are actually demolishing our community".
FULL SYNOPSIS
TRANSCRIPT