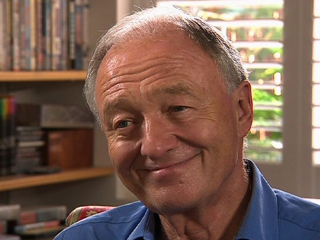 When former London Mayor Ken Livingstone signed the contract to bid for the Olympics, he wasn't thinking about the sporting contest, but rather the regeneration that the multi-billion pound event would bring. How does he feel about the Olympic legacy that he helped start?

Citing the benefits of new sporting facilities and a revitalised transport infrastructure, Ken Livingstone is adamant that London 2012 will be remembered for the financial prosperity the Olympics brought to the city, "It's been worth every penny, because without that level of investment by government, London would have been in deep recession", he states confidently. But amid accusations that the games are forcing local communities apart with plans to regenerate East London moving residents from their homes, questions have been raised as to whether this is a campaign of regeneration or gentrification.
FULL SYNOPSIS