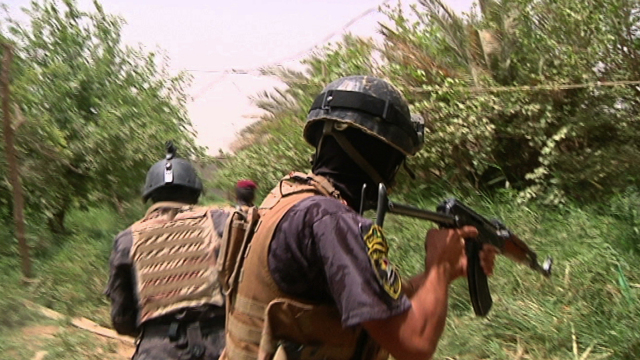 As Al-Qaeda once again ramps up its operations in Iraq, we go to their heartland. Featuring videos of their attacks and mothers forced to encourage their sons to be suicide bombers, it's a vision we hoped Iraq had moved on from.

"We are speeding now because Al-Qaeda is in the area. They stop the cars...and slaughter people with a knife", the guide says as he drives through Diyala. As one video recorded by Al-Qaeda shows, their onslaughts in this region are as frightening as they are unrelenting. The police chief claims that Al-Qaeda is defeated, but recent bombings and continuous findings of weapons caches in the orchards of the region say otherwise. One family who had a cache found on their farm were taken away as possible suspects and it looks like with good reason. "She kept pushing me to wear explosive belts."Wear the belt. You are a coward, you are a disgrace"", the son tells the police. His mother weeps as she claims that she was coerced by Al-Qaeda to give her sons up as suicide bombers. For many families here the war of attrition has resulted in the loss of many family members, killed by both sides. Abu Amjid tells us of the 10 family members killed by American soldiers and of several family members killed by Al-Qaeda. Stuck in the middle, this small community have nowhere to turn to.
FULL SYNOPSIS
TRANSCRIPT