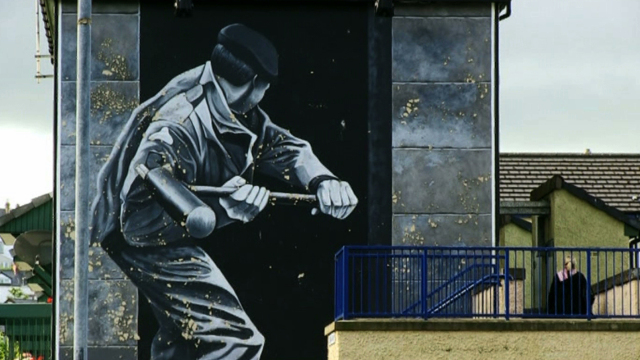 Kneecapping by vigilantes sounds like something from the past, but in part of Northern Ireland it's being used against people suspected of dealing drugs. It's causing fears of a return to full on conflict.

"I was saying to him "Don't do it, man, don't do it." And he did it." Raymond Coyle says as he tells us about how RAAD (Republican Action Against Drugs) shot him multiple times for selling marijuana seeds. Petty criminals across Londonderry all now live in fear of the group who have declared their own law on the streets. A growing sentiment that the Sinn Fein Peace Process is not delivering economic progress or a united Ireland have given them a bedrock of support among local communities. But as always with vigilante justice the violence has overspilled into the settling of personal feuds. Young men in the area live in fear. "As soon as you hear your next door neighbour's door close and it's a bang, you jump out of bed. You think someone is coming for you." RAAD have also developed stronger political ambitions and joined with several other dissident groups to declare a return to arms. A frightening prospect, when you consider that all the groups together would constitute the same numbers as the provisional IRA had during the height of the conflict. "That's a major force. I believe you'll have an escalation of attacks on the British forces here."
FULL SYNOPSIS
TRANSCRIPT