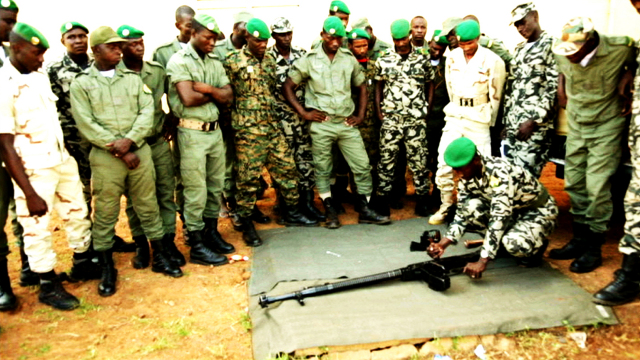 Al Qaeda has a new refuge... the deserts of Northern Mali. This report captures the food crisis and an exodus of half a million people, caused by the Islamist enactment of harsh Islamic law in the North of the country.


Mali, one of the most culturally diverse countries on earth, is under threat from al Qaeda. In the North they've driven out the struggling national army and seized their weapons and now fly the al Qaeda flag. "We're frightened because there's no government we can trust to protect us from the armed groups", says Maulud Ibrahim, a Tuareg refugee. "When we've conquered France, we'll come to the USA, we'll come to London and conquer the whole world", says a military commander from the local al Qaeda ally, Defenders of the Faith. For Tiebile Drame, the former Foreign Minister, the situation is getting serious. "The rest of the world should not stay just to look at the situation, we should be helped unless they would like to see another Somalia or another Afghanistan."
FULL SYNOPSIS
TRANSCRIPT