Lords of the Ring 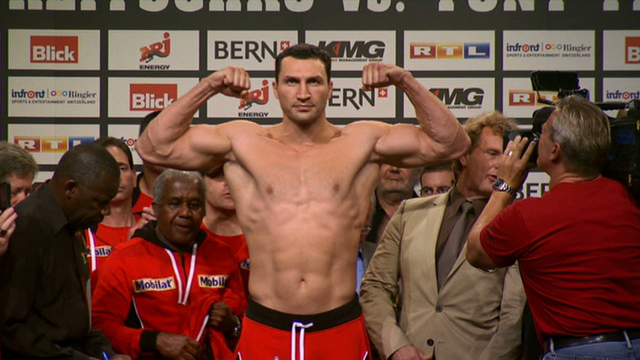 As Ukraine's elections approach the country is still dogged by corruption. But the Klitschko brothers, famed for their fights in the ring, are taking on the dark and murky world of Ukrainian politics.

Vitali and Vladimir Klitschko usually let their fists and footwork do all the talking. Both have amassed an amazing record in the ring, winning all four international heavyweight belts. But instead of celebrating, with Ukraine's elections around the corner we find the Klitschkos ready to talk about the plight of their blighted, beloved homeland. Now they have plans to wrest it back from the political forces that have made it one of the most corrupt states in Europe. "We have to change a lot of things in Ukraine. And I know one thing better than anyone - no fight, no win", says Vitali. As this candid report shows, the fighters are very smart, charismatic and determined to use their position in the public eye to change the direction of Ukraine. The campaign trail is littered with candidates battered and beaten by government thugs, but the Klitschkos say the stakes are too high to ignore. "The democratic process has to pick up and has to get better, economically, politically... and democratically."
FULL SYNOPSIS
TRANSCRIPT