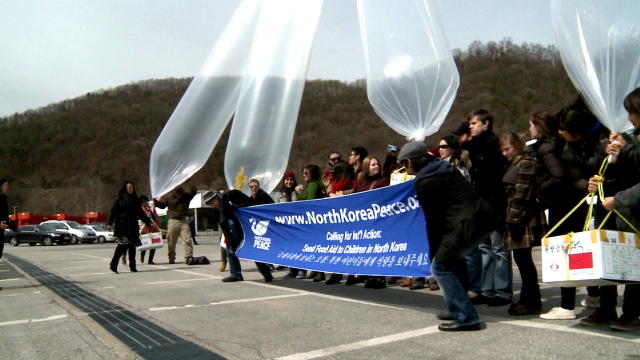 North Korean defectors are spearheading efforts to promote democracy by launching balloons carrying propaganda and aid packages across the border. But is it really making an impact on the citizens in the North?

In the decades since the Korean war thousands of North Koreans have made their way to the South. And now they're causing a storm, trying to steer the North towards democracy by sending large balloons carrying leaflets, socks, CDs and money across the border. "When North Korean people know the truth they will realize how it is not free to be living under a supreme commander", claims Park Sang-hak, a defector and former propaganda ministry employee. But those promoting democracy in their homeland face tremendous risks and people inhabiting regions near the launching site believe the activity is painting their homes with a bulls-eye, with North Korea threatening to respond militarily and attempting to assassinate the main perpetrators. Yet they refuse to be deterred. "If we do it constantly, someday a Jasmine revolution will happen in North Korea, just like Libya and Tunisia."
FULL SYNOPSIS
TRANSCRIPT