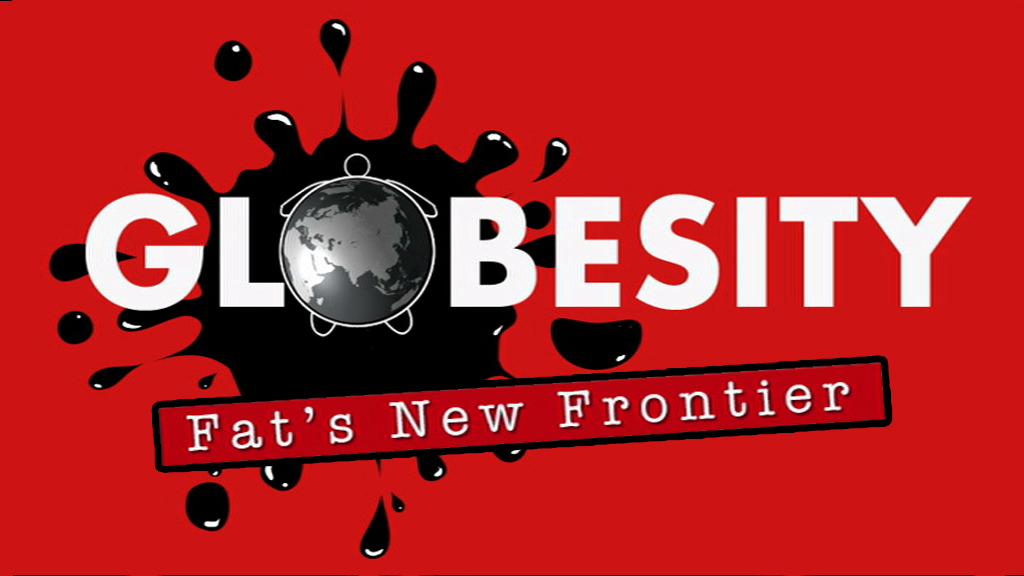 The world is getting very fat, very fast. The obesity epidemic has spread to the Third World and it is likely 1 billion people will be obese by 2030. So how did it explode in places that, not so long ago, counted malnutrition and even famine as major concerns? Well it's mostly about the aggressive marketing and low prices of Western fast food. As globalisation and a little more money open up Third World markets, the first to step in are the likes of McDonalds and Coke.

In this global production, we travel to China where the consumption of sugar and oil has sent the national scales spinning; to Brazil where global food companies have fundamentally altered traditional diets; to India where it's predicted 100 million people will soon be suffering diabetes and on to Mexico, where the weight problem is so pressing, stomach reduction surgery is offered for free. The diagnosis is stark: "No country has managed the transition to get rid of hunger without it shifting to obesity" says anti-obesity crusader Barry Popkin. On the outskirts of Mexico City, the Bravo family is celebrating a birthday. Eating is a way of life here and the bigger the occasion, the bigger the portions. Juan Luis' father died from obesity at 42, and it made him take stock of his own size 56 trousers. Juan Luis has already undergone surgery to reduce the size of his stomach but three years on, unable to control his eating habits, he's packing nappies to go back to hospital. "The thing I fear most is to die on the operating table, or to fail again". Mexicans are getting fatter faster than any other nation, largely due to their addiction to soft drinks. They drink a queasy 1/2 litre per person per day. Women in colourful cloaks hand out free Cokes to children at a mother's day parade in Chiapas. "Babies have Coca Cola in their bottles instead of a formula" explains Dr Abelardo Avila. "Most of the adult population were malnourished as children and is programmed for food scarcity. When the body enters into a time of food abundance, especially sugar and saturated fat, the damage to the metabolism is brutal". Diabetes is now the primary cause of death in Mexico.

"The Biggest Loser" is a live-in weight loss camp in Shenzhen, China. Teenager Pan Jingyi is here because "people laugh" when she buys clothes. More than 380 million people in China are overweight or obese. The average Chinese consumes 400 calories of vegetable oil a day. There's also so much sugar consumed in China today, explains Barry Popkin, "they have a sugar reserve along with the pork reserve. The government is so worried that sugar prices will go up, it will cause political unrest." Food companies, it seems, are operating in a moral vacuum: "There are certain types of foods, 'food products' that are as bad as tobacco and alcohol" says Brazil's Professor Carlos Monteiro. Here companies like Nestle market their calorific products aggressively, sending out door to door vendors like Vanderlea Rodrigues. "I know that chocolate is a good source of energy" she gushes. Nestle even has a boat that ferries snacks into the villages of Amazonia. But it's in India that we make the most shocking discovery: junk food products are altering not just the waistlines of young and old but even the genetic make-up of future generations. Dr Ranjan Yajnik runs a Diabetes Unit in Pune. He has found that babies are being programmed for diabetes and heart disease even while they're still in the womb, due to the mother's diet. "That tells the genes how to behave, and that remains with the baby for the rest of life." In a world where we are bombarded with messages to eat more hundreds of times a day, it's clear that obesity is a ticking time bomb.
LEARN MORE.
WATCH MORE.
JOIN THE DISCUSSION.
FULL SYNOPSIS 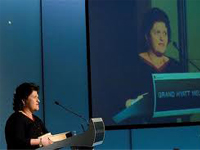 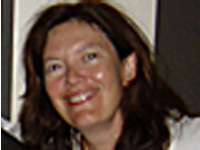 Marianne Leitch has been a journalist for 35 years and has worked all over the world in print, radio and television. She is Associate Producer of Foreign Correspondent, ABC TV, and has won many international awards, including 5 Silver World medals at the New York Film and Television Festivals for stories in Afghanistan, India, Bhutan and the Democratic Republic of Congo.