River at the Centre of the Earth 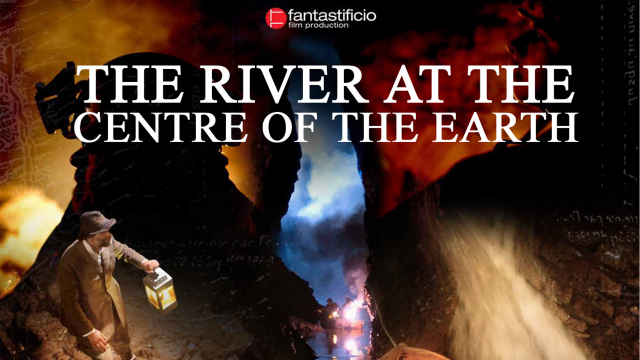 Marco digs, slides and squeezes through dark Italian caves hundreds of metres underground. He is continuing an amateur 200 year search for the mysterious river Reka. Death lies at every corner - falling stalactites, CO2 poisoning. It's a tale of generations fixated with one very deep hole in their backyard. The old cavers never found the Reka, and today they hand over to new young enthusiasts to continue the bizarre quest.

"Do you hear that Piero?" Marco says. They wait, silent for a moment. "Dig! Dig! Dig!" they shout, scrabbling desperately at the mud after hearing from far below the faint sound of running water that they crave so desperately. Danger lurks everywhere in the dark narrow tunnels, but the lure of exploration and the competition with other speleologists to be the first to reach the Timavo pulls them ever downward. This mysterious underground river follows an unknown course of over 37 miles through Slovenia and Italy. It's underground waters were first discovered by Frederico Lindner who began his exploration in the 1830s in search of a much needed water supply for the nearby city of Trieste, which at the time was the main commercial port for the Austrian Empire. In doing so he found the deepest cave in the world, 980 feet deep, but sadly died shortly after his discovery. His search began the tradition that still survives today. Marco's team are the successors to Lindner, trying to find another way down to the Timavo and help plot its long winding underground course. But they're not the only ones. Just down the road the oldest speleologist group in the world is also working hard in search of the Timavo. Between the two groups a race has started to see who will reach the river first. "Who'll get there first? Us off course!" Marco shouts from 190 feet down. But both teams are taking big risks as they dig ever deeper. Carbon monoxide gas, narrow dark conditions and falling rocks create a sometimes perilous environment. Something that Marco learned first hand. "A rock broke away at the entrance to the well when I was 165 feet down and I took the torpedo in my side. I made it out, but my kidney had been hit straight on, there was huge internal haemorrageing." After ten years of digging they are within touching distance of the Timavo, but encounter a new and crushing blow. There is so little oxygen in the air they can't breath. Luckily, Marco has an ingenious idea to pump air down to them and save the expedition. In the final stages they descend, squeezing through a narrow channel they have dug out of the dirt. It scarcely looks big enough, but they crawl through and emerge into a cave. It's here that they finally find proof of the Timavo. The beetle that Lindner found in his cave is here also and provides the biological proof that right below them is the river. They've won the race: now the really deadly digging must begin... LEARN MORE.
WATCH MORE.
JOIN THE DISCUSSION.
FULL SYNOPSIS 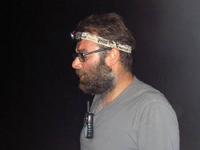 Fantastificio is a young production company based in Trieste. It was founded in 2005 by Guilio Kirchmayr and Michele Milossi. Giulio Kirchmayr has been an independent producer since 1995. From 1997 to 2006 he was the owner of Superstudio, an independent company involved in the creation of publications and audio-visual works. The company acts as an incubator of projects and supports the start-up of small production company: Zombiesvideo, Barcodefilm. Michele Milossi is the administrator of Fantastificio. In 1998 he founded in Treviso, E-Tree spa, Internet & E-Business Solutions Company. Its 170 employees stands on the national scene for the high innovation and originality of his projects. The company's main clients are: Cattleya, Titanus, RAI, Paramount, Unicredit, Telecom Italy - TIM, Mastercard, RAS, INA Assitalia, ENEL, General - Banca Generali, Benetton. 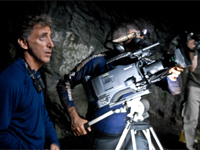 Documentary author and director since 1988, he has won several International awards in his sector. He has authored and directed many scientific-geographic-explorative programs and series: in Italy for RAI, Mediaset, Stream and Sky (MTC); abroad for National Geographic TV, NOVA PBS, Discovery Channel, Arte, La Cinquième, RTBF, Planète, SBS and others.