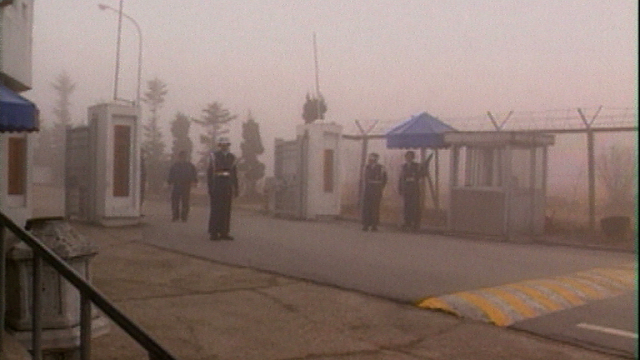 South Korea has finally released some of the former North Korean soldiers who have been languishing in its jails for decades. A frail and pale 71 year old, Woo Yong-Gak is believed to have be the world’s longest serving political prisoner.

Another lifetime ago in 1958, Woo was a North Korean officer unlucky enough to get caught. He was locked away as an enemy of the state. Hundreds of other young communists were taken alongside him. Archive footage shows the young men lined up in loin clothes, heads shaven, being doused with flea powder on their way to brutal jails. “Any conversation is forbidden. We couldn’t even touch each other. It was complete isolation and loneliness.” 41 years of solitary confinement later Woo and 16 other elderly prisoners were released. Ahn Young Ki was also imprisoned for 38 years. A baby in the modern world, he fumbles with his seat belt: “I now have to learn to live again.” Yet despite their treatment behind bars, the prisoners' spirits have not been broken. They both refuse to report to the police; an act of defiance that could easily get them re-arrested thanks to the draconian National Security Law. The reforming South Korean President, Kim Dae Jung was himself a prisoner and is promising to change the law. Yet he has so far been unable to force the nation's deeply conservative lawmakers into action. And while the NSL lives on, political activists keep filling the cells vacated by Woo and his kind. Produced by ABC Australia
FULL SYNOPSIS
TRANSCRIPT