A shocking and revelatory insight into Israel's Apartheid 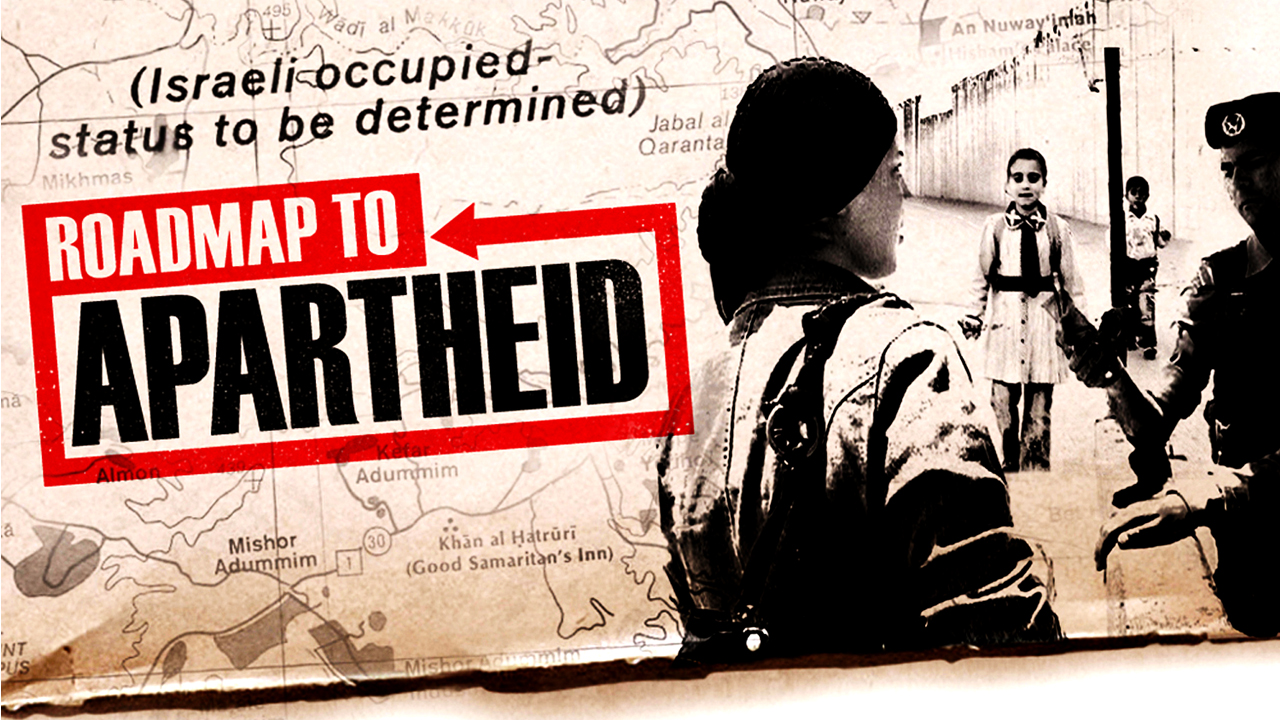 With a comparison between apartheid South Africa and the Israel/Palestine conflict, this doc traces the future of one conflict from the past of another. Weaving the history of apartheid into the complex issues facing Israelis and Palestinians, it highlights the frighteningly similar laws and tools used by Israel and apartheid-era South Africa. It's a dark picture of the present but offers hope based on the peace that South Africa eventually found.

"The concept of apartheid is a separation of populations in which one group institutionally dominates another." Israel has always been particularly sensitive about comparisons with apartheid South Africa with good reason. The analogy cuts to the quick of Israel's strategies of separation and domination of the Palestinians. In 1948 apartheid was born in South Africa and the State of Israel was created. In South Africa blacks were driven from their land and deprived of basic rights such as freedom of movement. In Israel Palestinians were driven from their land and denied the right of return. The ANC would turn to violence, just as the Palestinians turned to terrorism. The Jews, like the Afrikaners, were a persecuted race, driven by the goal of minority survival. The South African pass system became infamous worldwide and the most detested symbol of apartheid. Today it is emulated in the West Bank, where Palestinian freedom is restricted by over 600 check-points, Jewish-only roads and a wall that cuts off the West Bank from Israel. So the Palestinians are ghettoised just as the blacks were in Bantustans. Journalist Na'eem Jeenah says even Palestinians within Israel are subject to apartheid-style laws: "A Jew can't marry a non-Jew in Israel. We remember the Mixed Marriages Act. The Palestinians are not able to live freely in areas that are majority Jewish, similar to the old Group Areas Act." But, he argues, even under the worst days of South African apartheid, "We never had helicopter gunships or F-16 type bombers dropping bombs into a township." All of this impacts on Israel's future political options, since Gaza and the West Bank are hopelessly non-viable. "Just like South Africa, it's the same logic," argues Jeff Halper. "We can't give the Palestinians citizenship, because then it wouldn't be a Jewish state. We have to create a Palestinian state on as little territory as possible that leaves us in control of the entire country." The bluntest weapon in the battle for control of the land is house demolition. "I have been in bed since the day the house was demolished," says one shattered evictee. More than half of the attackers emanating from Gaza are said to have had their homes demolished. In trying to shore itself up, Israel is ensuring it will continue to be attacked. "Let 100% of the people live on 100% of the land, since nobody can agree on how to divide it," argues author Ali Abunimah. Perhaps the issue of how Jews and Palestinians share their land will only be resolved by a "one-state" solution, as it was in South Africa. And as SA journalist Allister Sparks reminds us "It wasn't only blacks who were freed when Apartheid ended. We were all freed." But ultimately, says Halper, it's the Jewish psychological standpoint that has to change: "Israel's going to have to stop being a Jewish state". **********************************************************
Gideon Levy of Haaretz Newspaper (Israel) - "This was a
powerful experience for me to watch Roadmap to Apartheid. It
is a moving, clever and most comprehensive film and I salute
the creators. I hope many will have the opportunity (and
the need) to watch it all over the world - above all in
Israel."
********************************************************** LEARN MORE.
WATCH MORE.
JOIN THE DISCUSSION. 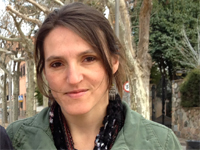 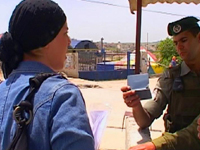 While not perfect, the apartheid analogy is a useful framework by which to educate people on the complex issues facing Israelis and Palestinians. Our film delves into those issues, comparing the many similar laws and tools used by both Israel and apartheid-era South Africa. The audience will see what life is like for Palestinians in the West Bank, Gaza Strip and inside Israel while gaining a deeper understanding of the conflict with the help of respected analysts on the subject. Combined with archival material and anecdotes from South Africans, the film forms a complete picture as to why the analogy is being used with increasing frequency and potency.