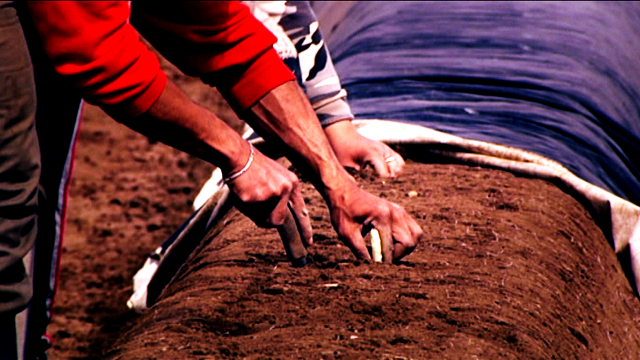 In Eastern Europe, farm workers have been paying a high price to get asparagus to your table. As a five year criminal investigation reaches its climax, this report reveals the human cost of "white gold".

Corina Rohaveanu travelled to the Czech Republic in search of a better life. From the moment she arrived, her dream turned into nightmare. "As soon as we arrived our IDs were taken. I thought to myself: we have no chance of escape". Like many other Romanian workers, she had been trapped by a ring of human traffickers, recently convicted for "instilling fear through threat of violence and death, and the use of physical violence". The Dutch company that employed the people smugglers have pleaded ignorance and so far escaped prosecution - but how much did they really know of the conditions on their farms? And how have they been able to profit from human slavery in 21st century Europe?
FULL SYNOPSIS
TRANSCRIPT