In Japan, you don't take on the boss! 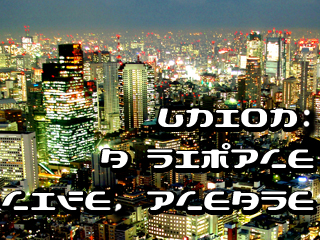 Nobukazu Kaikura is a Japanese cement truck driver. Working 552 hours a month, he does not get paid overtime, receive social insurance benefits and cannot take paid holidays. But now this seemingly humble young man has stood up, and is demanding a normal life.

Since 1990, the Japanese government has worked to relax labour regulations under the pretext of increased global competition. There are now more than 16 million irregular workers in Japan and labour conditions are rapidly worsening. "A friend radioed me over the private line. Said a truck got into some accident and that the driver was killed. I was on the same project, I think. That was when I could barely go home for an entire month". However, many labourers don't even possess basic knowledge about their rights and accept these harsh circumstances. In his quest for fair employment conditions Kaikura is threatened by Yakuza, bullied by the cement company, and struggles to keep afloat. But still he's determined to keep fighting. "Even though I might be okay now, in order to make things better, we need to keep taking action. So I intend to stay in the union and to keep grappling with the companies, or else nothing will change". WATCH MORE
JOIN THE DISCUSSION
FULL SYNOPSIS

I never felt like I wanted to quit, but you know the scene where the yakuza come and disrupt Kaikura's mother's funeral? For about a week after that I felt really distressed and wondered what I should do. I wondered whether my presence there with the camera had exacerbated the situation. I was a bit worried Kudo was going to turn up at the theatre when we first started screening the film in Tokyo, actually.