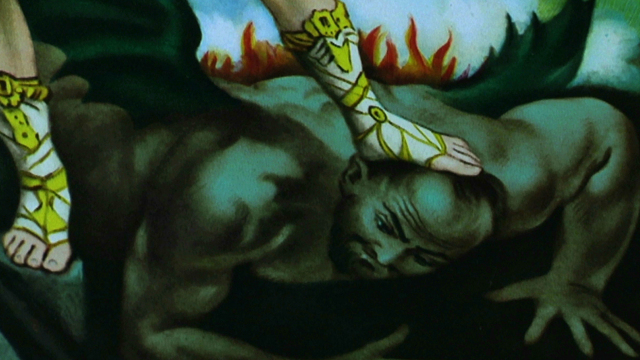 The controversial practice of exorcism is experiencing a popular revival. This disturbing report investigates the priests on the frontline, who claim they are fighting battles in a war against the devil.

"I command you Satan: leave this woman immediately!" Father Massimiliano Pusceddu is a member of the growing band of young exorcists in the ranks of the Roman Catholic church. He's part of the fight against growing reports of demonic possession, attributed to "dark forces preying on the young". But the practice is not without critics. According to activist Marco Dimitri, "the problem is that most exorcisms are performed on people who are not of sound mind, who need psychological help. And that's why it's a criminal act". Whether superstition or gospel truth, this rare glimpse inside the practice makes one thing clear: the ritual is hugely traumatic for all of the individuals involved.
FULL SYNOPSIS
TRANSCRIPT