The Taliban's War on Women 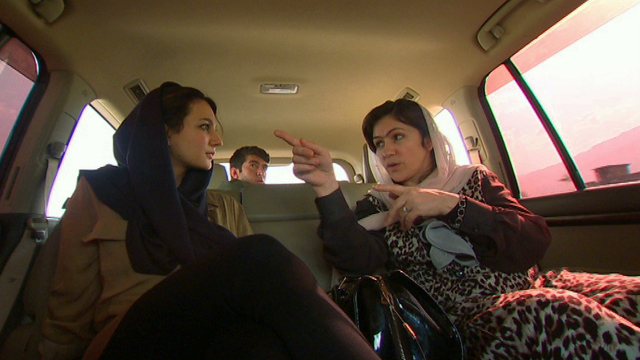 The recent online video of the Taliban executing a 22-year-old woman in front of a crowd of cheering men shocked the world. As Taliban aggression intensifies, how much has actually changed in Afghanistan?

At the height of the Taliban's rule in Afghanistan in 1999, a burqa-clad woman was executed in Kabul's main football stadium. Footage of the killing shocked the world and galvanised international opposition to the Taliban's brutal rule. Yet just two months ago, 22-year-old Najiba was mercilessly killed by the Taliban, just one hour's drive from Kabul. The Taliban created a fake court and once they decided she was guilty, executed her within an hour. "It was tyrannical and barbaric - it is impossible that the law would allow what they did", says Mullah Badam, who witnessed the killing. Speaking to Afghan women it's evident that violent abuse is still commonplace. 18-year-old Mumtaz had acid thrown on her face by her would-be husband, who she had refused to marry. "They would not let me look in the mirror. I cried a lot", she says. But there are women who are fighting back, including MP Fawzia Koofi, who plans to take on Hamid Karzai for the presidency. An outspoken champion of women's rights, she has faced assassination attempts and numerous death threats. She argues that for her male political opposition, "women's rights are a matter of sacrifice". With the Allied forces set to withdraw by 2014, this disturbing report highlights just how precarious the situation remains for the future of Afghan society.
FULL SYNOPSIS
TRANSCRIPT